When I was in middle school, I heard my first song by Fiona Apple and hated it. It was “Criminal,” and I remember hearing it in the mall while looking at earrings at that teenybopper jewelry store, Claire’s. Blasphemous, young Elissa! Maybe a year later, I heard it again and fell in love. Fiona’s CDs were some of the first I ever bought, and I listened to them a million times over during some of the most formative years of my young life.

Fiona Apple is probably the only artist alive today that I actively stan for. No matter what she does, no matter how weird she gets, I will defend her from any naysayers or doubters. I like other artists, sure, but not the way I love Fiona. I respect her so much for doing things on her own terms, making art when she feels driven to make it, and spending time alone with her head down when she’s not.

As she’s matured, she’s gotten a little weirder… a little more experimental… I absolutely love Tidal and When the Pawn… but I have to admit that I was a little lukewarm about the tone she took on for Extraordinary Machine. Still, all of her albums are like long, beautiful narratives, and I find it really difficult to skip songs on any of her albums because they all fit together really well. 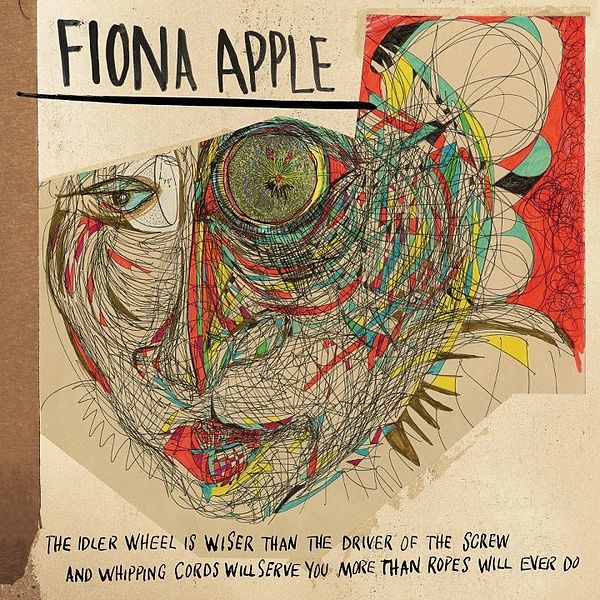 The Idler Wheel… is amazing. I’m terrible at music reviews so I won’t attempt to go into detail, but seriously. When NPR streamed the new album a week before its release, I listened to it twice and acknowledged that it’s not the soft, pretty music with a soft, pretty voice delivering sad, beautiful poetry that Fiona made when she was in her teens. This is a grown woman in her thirties cooing, shouting, vibrating, whispering her sad, beautiful poetry. I’m amazed, honestly, at how much she’s grown as a songwriter, how much she’s experimented with the boundaries of music. The first listen, I thought it sounded disjointed and strange. The second listen, all the pieces fell into place. The woman is a genius.

I bought the deluxe version the day it was released and have had it on repeat. Over and over and over and over. It’s a brilliant piece. I can’t say enough good things about it. I can understand why some people would mourn this new direction (which I can now see she laid the groundwork in when she created Extraordinary Machine), and I can see how new listeners would not be able to “get” Fiona now — the style is much less accessible than the stuff she was producing 10 years ago — but this is quite possibly my favorite Fiona album… That’s saying a lot.

The code for the “Every Single Night” video won’t embed correctly here, so follow the link to see it… it’s so out there, it’s perfect.

I know you’re here for nails, and I’m going to surprise you to say… I went totally bare this week for the first time in a long time! I feel naked. :)

If you missed it earlier this week, I blogged Kana and Daniel’s wedding… and it was Walt’s birthday! Happy Friday, everyone!

Kandise, I hope you bought it because it’s AMAZINGGGG.

Of COURSE YOU DO. I bought “Tidal” on my 16th birthday and haven’t looked back. Have to admit I haven’t listened to the new album yet, but it is definitely on my immediate to do list because ♥ ♥ ♥ Fiona ♥ ♥ ♥