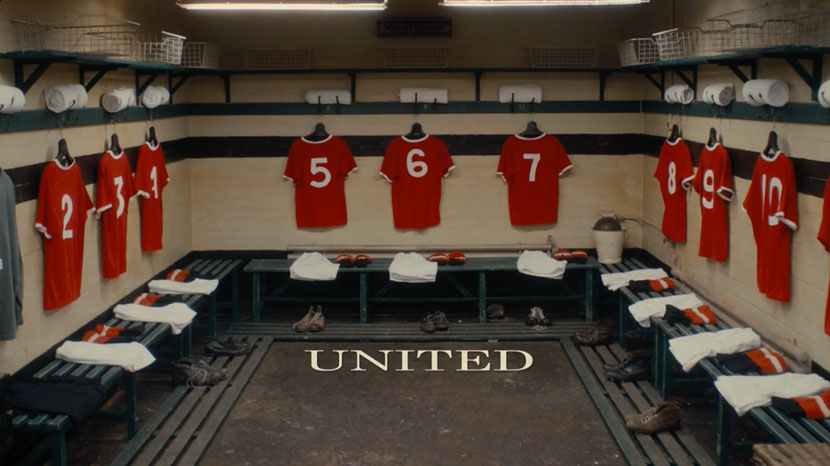 Every so often, I watch a movie and really like it. Then I come here and tell you about it.

I think the last one I did was about the fashion in the Emily Blunt / Bill Nighy / Rupert Grint movie, Wild Target. Well, a while ago I put United in my queue.

United deals with the 1958 plane crash (dubbed the “Munich air disaster”) that killed most members of the Manchester United football club (soccer team). Let us count the ways that this interests me:

The movie is relatively short (1.5 hours), and surprisingly doesn’t show much soccer at all — just practice scenes. It’s more about the connections between players and the coaches. The movie opens with bloodied snow and the main character, Bobby Charlton, waking up still strapped to an airplane seat in the middle of a snowy field. Then it jumps back to two years earlier and builds the rapport between players. Then the accident happens, and Jimmy Murphy (played by Tennant) tries his best to keep his team from crumbling.

From the first five minutes showing the snow, I knew this movie was going to be gorgeous. So I screen-capped a few of my favorite frames to share with y’all. It’s a really good movie and it’s streaming on Netflix now, so you should check it out.

I’ll watch anything with David Tennant. Thanks!