In keeping with yesterday’s post about clothes, I thought it might be appropriate to continue talking about fashion. The other night, Walt was going through our Netflix instant queue and said, “Okay. This movie has been on here for forever. I’m going to watch it and then remove it.” Our queue has been getting really long lately, since we keep adding to it and rarely take things off. The movie he had settled on was Wild Target, and I’m pretty sure he picked it because Bill Nighy has top billing. I’d added it back when I was going through a Harry Potter withdrawal and saw that Rupert Grint (Ron Weasley) was in it. Bill Nighy and Emily Blunt were just icing on the cake.

The story is pretty silly — Bill Nighy plays an assassin who is hired to kill a thief (played by Emily Blunt) but he misses his opportunity and ends up helping her. Along the way, Rupert Grint shows up and becomes involved in their shenanigans. I’d told Walt that I was going to go to bed instead of watching anything with him, but within the first 10 minutes of the movie, Emily Blunt shows up in a bright red coat and bright red booties, riding a bicycle through a museum, and I had to stay and watch.

The plot, the acting, the characters — they were all fine and good. It was a pretty cute movie. But the fashion! Emily’s style in this movie was giving me the flutters. Even though it was made in 2010, I think the clothing was so fashion-forward that it’s relevant now in 2013, where I see all the Pinboards with chambray shirts, high-waisted shorts, scarves, leather leggings, and boots and booties.

Honestly, I did try to pin down all of her amazing outfits so I could assemble something similar (that blue shirt is amazing, and I want her party dress even though I don’t know where I’d wear it) but it proved to be too taxing. So let’s just look at all the pretty. This might be slightly spoiler-y but I don’t think I’ve ruined anything.

Ugh, love. I wish there were some better shots of everything, but it all looks better in motion.

For the nail polish people, this week’s color is Zoya’s Natty. 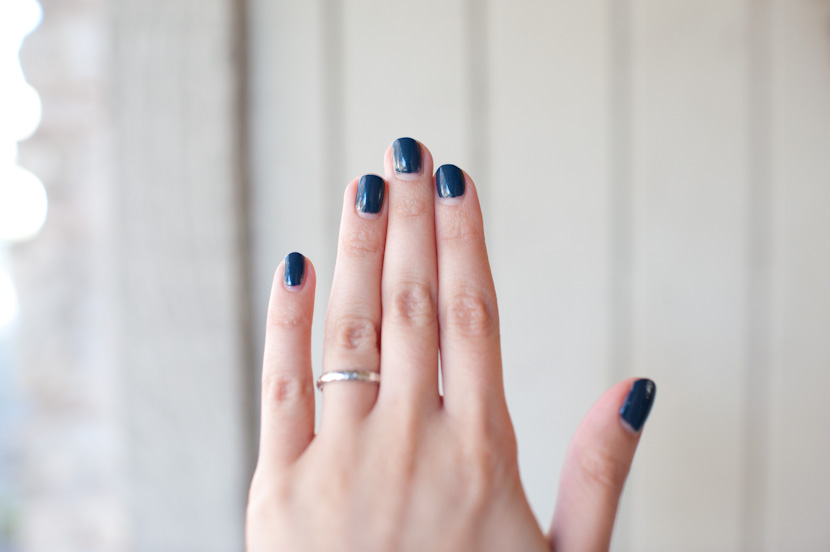 In case you missed these posts –
I Love Wedding Albums – Liz and Steven’s album unboxing!
What to Wear to Photograph a (Texas) Wedding – for photographers :)