This week I received a large order of albums — delivered to me first for a quick check and photo documentation before I handed them off to their rightful owners.

I talk about albums a lot, but I can’t talk about them enough, so I’m writing about albums again. I love them. (Below: a photo of one album delivered to Isabelle (Bea) and Jonathan. That leather. Swoon.) 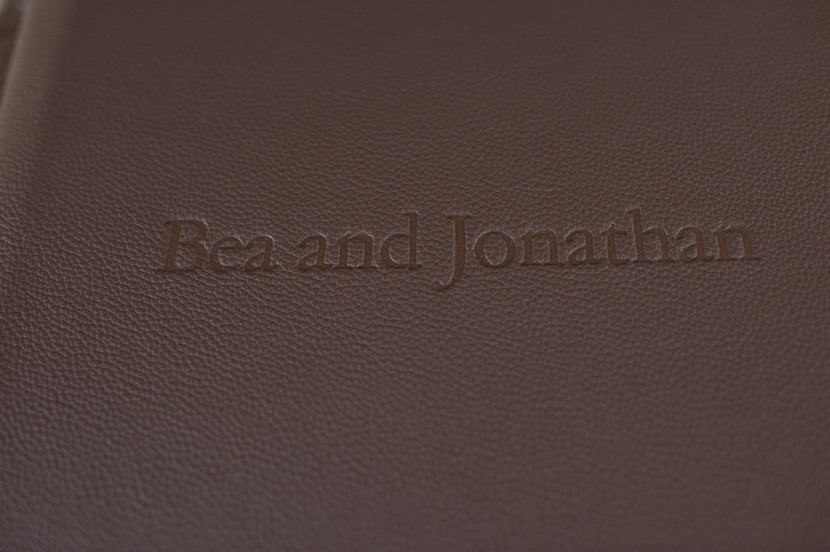 Recently, I was with Steven and Liz as they opened their album for the first time. On Monday, I was there to watch Steven’s brother David and his wife Nola unwrap their wedding album. I watched them go through it for an hour as they held each other, got a little teary, pointed at a photo here and there as they exclaimed, “Oh, look at Grandma’s face!” or “I can’t believe he did The Worm,” and told me stories about some of the things going on behind-the-scenes (David bought a $200 tie the morning of the wedding because he refused to wear the clip-on rental, for instance).

For me, it was an amazing time: I was actually there as they re-lived the beautiful, happy, and memorable bits of their wedding aloud. Nola said, “I was floating most of the day. I didn’t remember much. Now going through this album, I remember all these moments. This was absolutely worth every penny.”

David said, “It seems like much more than an album. ‘Album’ feels like too insignificant a word for what this is. You should call it a novel.” 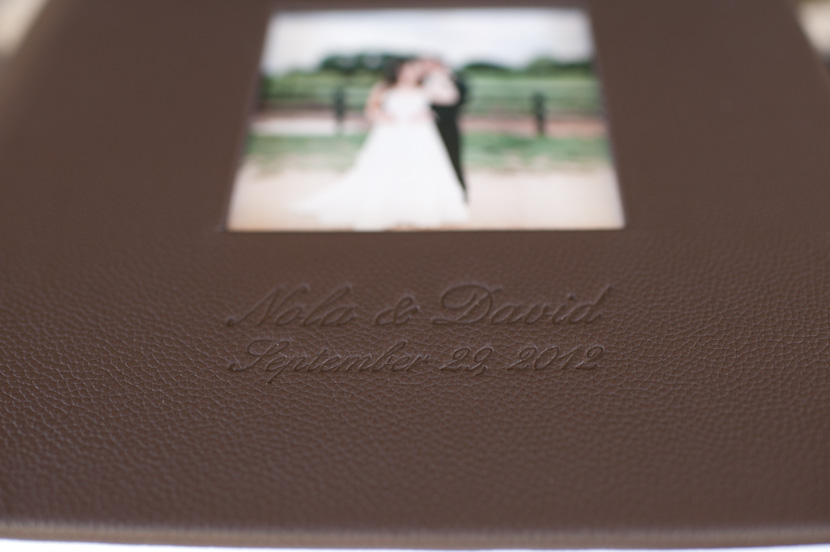 Being there, listening to their comments as they leafed through their album, was immensely gratifying for sure — but when I started to filter it all I realized this was a valuable experience. Pretty things are pretty, but people are key. Nola and David told me that they’d agonized for hours over one of the spreads when they were revising their design — not of the flowers or the chuppah, but of their reception. Which people to include, which dancing shot to keep. It’s all something I knew — as Ryan Brenizer said, “Capturing a moment or a person as they really are is what makes a photo so special to you” (paraphrased) — but sometimes photographers get so caught up in the craft that sometimes they drift away from this thesis. Moments. People.

I also sent off these beauties to Steven and David’s mother: 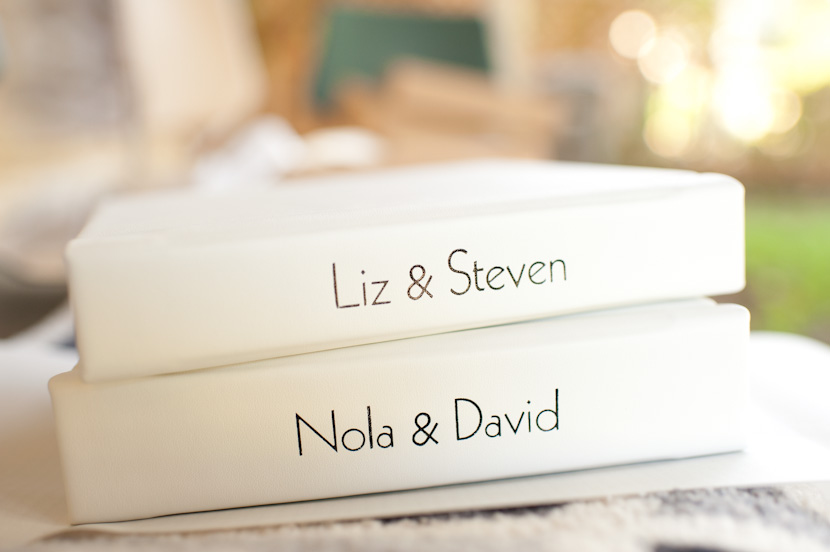 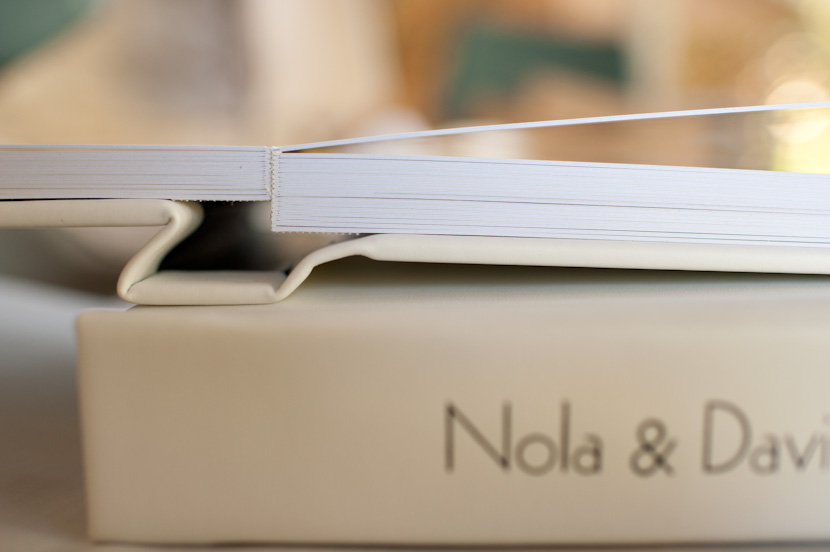 For those interested, both flushmount albums are 10×10″ with Black Bean leather covers. Nola and David requested a custom font. The two parent albums are 8×8″ with white leather.

OMFG I can’t wait to hear mom’s reaction to those. :-D I’m so giddy just hearing about their experience b/c it’s pretty much how I felt. It’s so different to “feel” the pictures laid out before you bringing the day back to life. Amazing. What you do is capture the wedding through our eyes. It’s a beautiful process and we love you for it. ((hug))

Beautiful! That’s exactly how we felt when we went through our album for the first time, and every time we bring it out to show friends and family.