It’s pretty obvious now that Hello, Friday is pretty much Nail Polish Friday. My, uh, obsession has reached a frenzy lately and I actually have more bottles than I have weeks to paint (much to my chagrin — and Walt’s exasperation).

So instead of just talking about nail polish, I will instead discuss one of my favorite movies of all time, Wayne’s World. 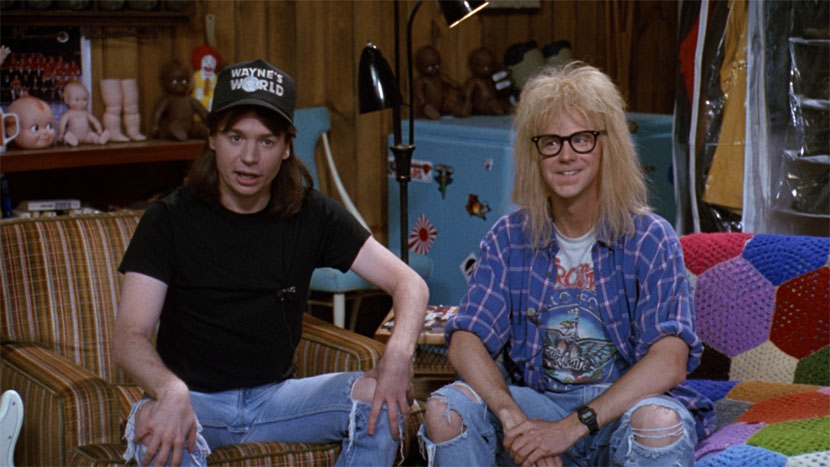 I was introduced to Wayne’s World through my high-school boyfriend Bao, and as I didn’t watch Saturday Night Live until well into my teens, and the first WW movie came out in 1992, I’d missed the original bandwagon. It was apparently one of his favorite movies and he could quote most of it. When he moved to California, he gave me a box of his old VHS tapes (remember those??), including Wayne’s World. The movie is a goldmine of quotable quotes that you can use for all sorts of occasions.

“A gun rack… a gun rack. I don’t even own a gun, let alone many guns that would necessitate an entire rack. What am I gonna do with a gun rack?” — quoted any time someone says “a gun” (which, in Texas, is surprisingly a lot)

“Ex-squeeze me? Baking powder?” — quoted any time you mishear someone

“It’s like he wants us to be liked by everyone. I mean Led Zeppelin didn’t write tunes everybody liked. They left that to the Bee Gees.” — quoted any time someone mentions Led Zeppelin or the Bee Gees

I think people expect me to say that my favorite movie is something gorgeous and arty, like maybe Amélie or The Reader or The Fall… all of those movies are beautiful and worth viewing, but honestly, when I watch a movie over and over again, I want it to be something that makes me laugh. Wayne and Garth do that.

I know that when I meet someone, and we can quote something from Wayne’s World together, that we are going to get along great. The movie brings people together.

But let’s not talk about the sequel, okay?

Now, nail polish. Here is my review of the four colors of the China Glaze Bohemian Collection. If anybody cares. I got “Unpredictable” (shown in the last Friday post), a green and gold duo; “No Plain Jane,” a purple/gold duo; “Swanky Silk,” a gold/bronze duo, and “Deviantly Daring,” a turquoise/green duo. I usually love China Glaze shades and I have been waiting for this collection for months, but I have to say that I was kind of disappointed with these colors. All except “Deviantly Daring” went on very thin and slightly streaky, and the formula is susceptible to chips. Even with a great top coat, I was seeing chipping a few days in, and my usual China Glaze manicures last a week.

The colors are gorgeous, and “Deviantly Daring” is a huge favorite that I haven’t seen chip as much as the rest, but I’m underwhelmed after all that anticipation. 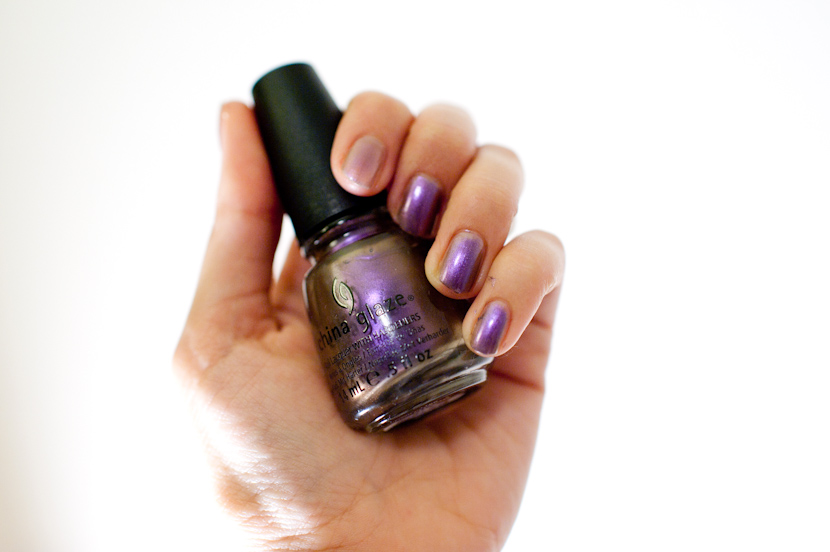 “No Plain Jane” (one coat on the index finger, two on the middle finger, and three on the ring and pinky). 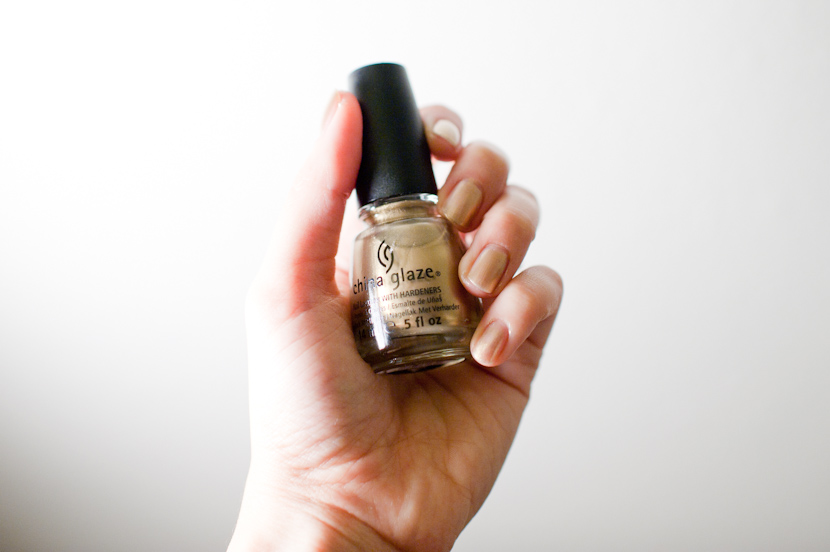 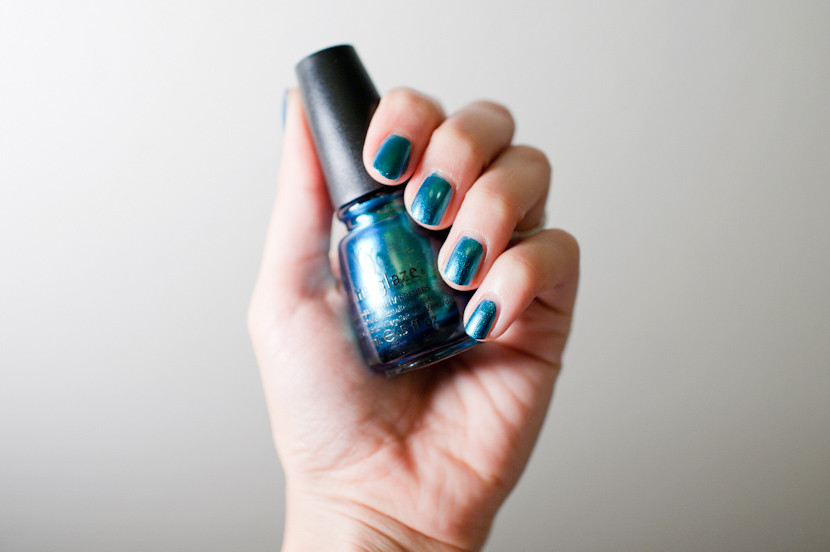 You may have missed…
Olivia and Amy’s wedding, posted on Tuesday! and
Working for Yourself – the Transition

Happy Friday! See you next week :)

Wayne’s World is one of my all time faves! As is SNL Circa 1995-1999
(although like you I didn’t watch it back then, I was more of a groupie later on!)
Excellent!

Ahh! I love Wayne’s World and totally forgot about it! haha We used to always yell “Car!!! Game on!!!” as kids when we were playing anything on/near our street. :) Also – you forgot “Shaaa-wing!!” (or is that not work blog appropriate? haha)

@Christy – There are many not work-blog appropriate quotes, but Shaaaa-wing is pretty tame ;) I didn’t mention it because I don’t often say it!

Awww… Wayne’s World. WW reminds me completely of my brother, who is 10 years older than I am which meant I grew up watching things much beyond my age range… Beavis and Butthead, WW, Real World/Road Rules, anyone?

I used to watch WW over and over again b/c I was obsessed with how funny it was. Being whisked away to exciting “Delaware… Hi, welcome to Delaware.” And “We both know there is NO film in this camera!”

As an aside…. my head-banging love of Bohemian Rhapsody totally and completely stems from my love of WW as a child. ;-)

@Katie Jane – YES! Watch it! Love it!
@Liz – the Bohemian Rhapsody opening to that movie is absolutely brilliant. ALSO, I forgot to add this to the original post, but I know the distinction between sparkling white wine and champagne because of this movie ;)

I know what I’m doing this weekend now – watching Wayne’s World. I love that movie, and I haven’t seen it in foreverrrr. Thanks for the reminder.