I hadn’t been to many weddings before I became a wedding photographer. The last wedding I went to (as a guest) was in 2008. The one before that was in 2000. And the one before that was in… 1988? I don’t know. So although I thought weddings were great occasions — full of cakes, a great excuse to purchase new shoes, and seeing family or friends I hadn’t seen in a really long time — I also thought they were intimidating if you were a part of what made the wedding tick. Weddings are once-in-a-lifetime events, and if you’re working you cannot mess up.

My father had shot a number of weddings for friends on a budget, making them pay for pretty much only the film and processing. The old-school model of wedding photography was for the photographer to shoot the wedding for a fee, then hold onto the negatives and charge each person a certain amount per print. I remember, at sixteen, my dad with a huge camera bag full of equipment that he hauled by hand. Watched him with three camera bodies around his neck while he shot my cousin’s wedding. Watched him put all of the negatives and proofs into a cellophane album, number each frame, as he told me, “It’s such a hassle to do the prints. I’m just sending this entire thing to one person, and they can print off whatever they want and send the album on to the next person.” So my father shot weddings for the love of photography, not for the money. And even without fulfilling print orders after the fact, I could see how much energy he put into it. And that was without the expectation that people had paid. The way he had it set out, he was doing them a favor, not providing a service.

That is why, when I took photos of all of the crumbling buildings around Houston, the last thing on my mind was that I would ever shoot weddings, ten years down the road. I never thought about weddings as a little girl and I never thought I’d be contracted to photograph anything for anyone, ever. But life has a funny way of sneaking up on us. And these are the things that changed my mind.

One, the shift to digital media. I love the darkroom and I maintain that shooting black-and-white film and processing it yourself, printing photos on giant pieces of paper in a room bathed in red light, learning what dodging and burning really means, dunking paper in a tray of developer and watching the dark lines slowly rise to the surface and take shape, is one of the most satisfying feelings in the world. But to me, shooting a wedding on film, burning through all those rolls just to get a handful of great shots, seemed a bit of a waste. It might be terrible to say, but digital helps us to understand what we need to fix immediately. On the day of, if you’re unsure about your settings, you can always go back and review a test shot. For the most part my exposures are correct, but there’s always that peace of mind that any lighting issues can be caught and corrected quickly. Plus, while digital is by no means cheap, it is less expensive than processing rolls of film. Memory cards can be reused, hard drive space is easily accessible, and replication of data means that all of my negatives are not left in one room that, if caught on fire, would burn all the memories I was paid for. I have the utmost respect for film wedding photographers, but the thought of shooting a wedding on film still makes my palms sweat. 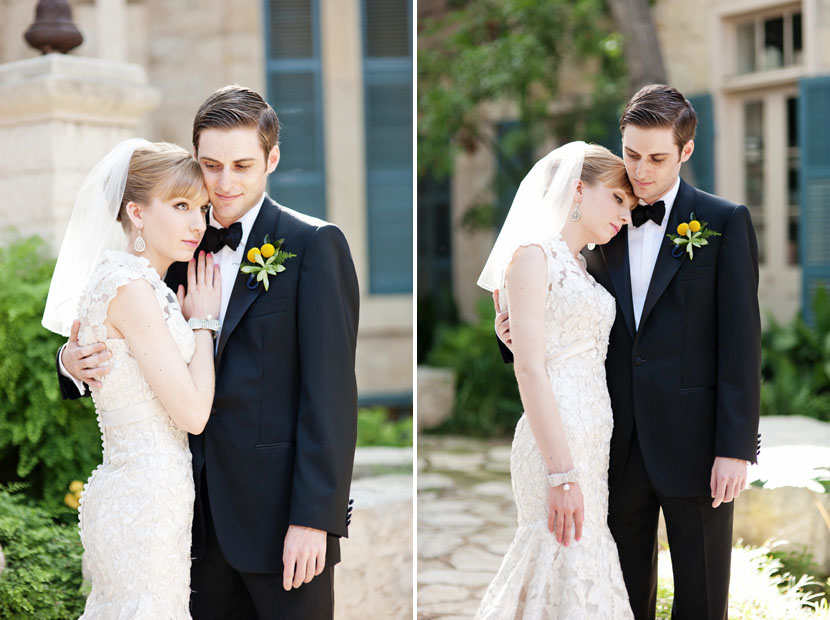 Three, we hired a wonderful photographer who was amazing every step of the way. As a member of a generation who is more comfortable behind a computer screen sending instant messages than our telephone-loving parents before us, we planned our entire wedding through email and the Internet. I realized that photographers these days didn’t require a physical studio, just a website. It all seemed doable. After having such an amazing photographer who made our wedding such a memorable and pleasant experience, I decided: I want to do this. I want to help people find sanity in an otherwise insane wedding-planning world. Screw the Wedding Industrial Complex.

I want couples to figure out who they are, have the wedding that they want, and have me there to document it for them. End of story. 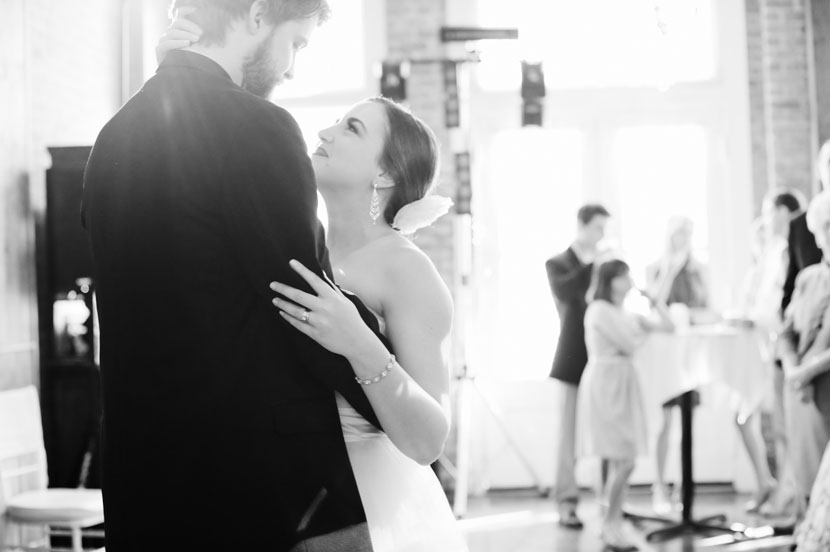 It was such a complete revelation, but I didn’t know how to start. The only thing I knew about weddings was that I had planned one.

So I started slow. I knew it would be a complete disaster if I went and shot a wedding without ever having practiced before. I went on Craigslist and advertised that I wanted to shoot engagement sessions. Wedding-related, yes? No commitment except for the couples’ time, right? I shot them like they were paying me hundreds of dollars, and put the photos up for critique in photography forums. Throwback to my art-school training: what can I do better? What am I missing? Why don’t my photos look as good as the ones that I see on the big blogs? Other photographers on the internet can be pretty helpful, and while I understood exposure, depth of field, and ASA (ISO), I didn’t understand how to pose people, having never really done it before. So I learned. And I took what I learned and went to the next session and shot it with that in mind.

Eventually, I felt confident enough to assist another photographer at a wedding. Everything went so fast when I didn’t want it to, and time slowed down at other points. I hadn’t been to many weddings to begin with, so the fact that I was shooting one made things that much more stressful. Armed with the experience, I asked around for anyone who hadn’t hired a photographer and wasn’t planning on hiring a photographer if I could show up and shoot their wedding. I found someone. I shot the wedding to the best of my ability at the time, and while the photos aren’t going to be in a magazine any time soon, they were good enough that the couple was happy, and I don’t look back on that wedding with (too much) embarrassment.

I’m definitely still learning, and I don’t think that I have even gotten close to the success and skill level where I wish to be, so this post does seem a bit… odd to write. But every time I shoot I try to critique everything, to see what I could do better the next time. Every shooting experience teaches me something new or hones a skill or introduces an experimental technique. That’s why I think the anecdote about Picasso is so appropriate — I’m not just shooting a wedding, I’m pulling what I know from previous weddings and applying it to my latest wedding. I hope to grow. Who knows what the future will bring…

If I have any recommendations for people out there who are thinking of shooting their first wedding, they are:

(Any other photographers have more tips?)
SHARE
personal wedding
COMMENTS

I love this post. I know I’m not ready to shoot on my own yet, but I’m really hoping to start second shooting as much as possible, for many of the same reasons you mentioned. Thanks for sharing!

Constant improvement, and the “every wedding is portfolio potential” is an excellent attitude to take. Like the fellows commenting before me, I hope we’ll see more personal essays from you. Will this be a trilogy? There and back again?

Awesome story and thanks for sharing, I feel I know you a little better now. I agree with Sam & Stefano – WRITE MORE. :_)

Thanks for sharing that Elissa. You are a really good writer and I agree with Sam, you should write more often.

Hey Elissa! Great post, it was so informative. I am so happy to hear your life story, can’t wait to see you write more!