As you know, every so often I discover something amazing and have to write all about it. (See: Austen obsession and North & South, for examples.) I’ve been on a bit of a dance bender since the winter holidays and have been lapping up every dance movie available on Netflix. Here is a taste of what I’ve been watching in my downtime:

But at the tippy-top of this list is the amazing Australian show Dance Academy, which just added the third and final season to Netflix streaming! Ladies and gents, if you like rooting-for-the-underdog dance movies like Center Stage, if you like a touch of teen melodrama, if you like watching pretty people in leotards twitter across the stage, if you like Aussie accents and pretty scenic shots of Sydney harbor, this is the show for you. Full stop, no joke, pick up your remote and watch the pilot. 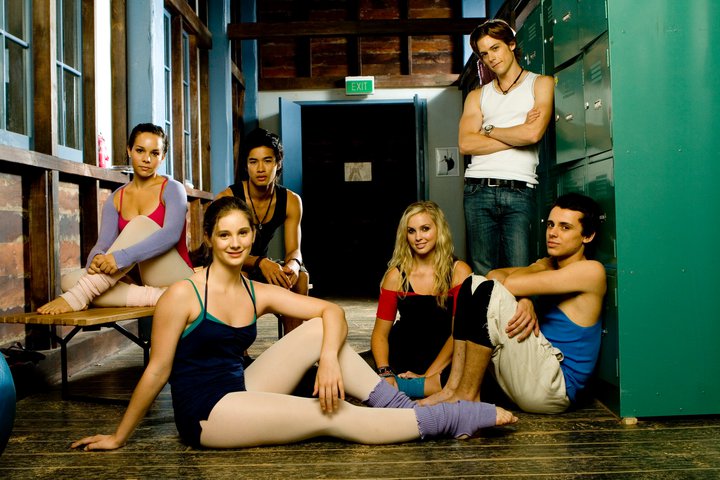 Tara Webster is a talented, young ballerina from a small country town in Australia. She auditions for, and is accepted to, the prestigious National Academy of Dance in Sydney, where she promptly learns that she’s got a lot of work to do to catch up with the other students. The show follows Tara’s exploits as one of the bottom-rung dancers (à la Jody Sawyer!) in her Year One class.

The entire ensemble is fantastic: Kat, who is innately talented but doesn’t want to follow in her principal-ballerina-mother’s footsteps, acts out all the time; Christian, a talented dancer, is also a juvenile delinquent; Abigail, Tara’s roommate, is at the top of the class but still feels the need to put others down; Sammy loves to dance but his family doesn’t support him.

The best part is that there’s a ton of dancing! Ballet, modern, hip-hop! So you get your teen dramas and your dance fix!

I really need someone else to watch this show so that we can discuss it together!

I know you will love it. Talking about it makes me want to do a re-watch already.

This is almost enough to make me get Netflix again.
And break out my leg warmers that I found while moving. Once a dancer, always a dancer??? :D

If you don’t have Netflix, I believe the series is also up on Youtube (but the quality is way lower res!)