For Photographers: Visualization and Compositing

I received a few emails and comments about a particular photo in Brynn’s bridal session post, so I thought I’d share how I made the photo. 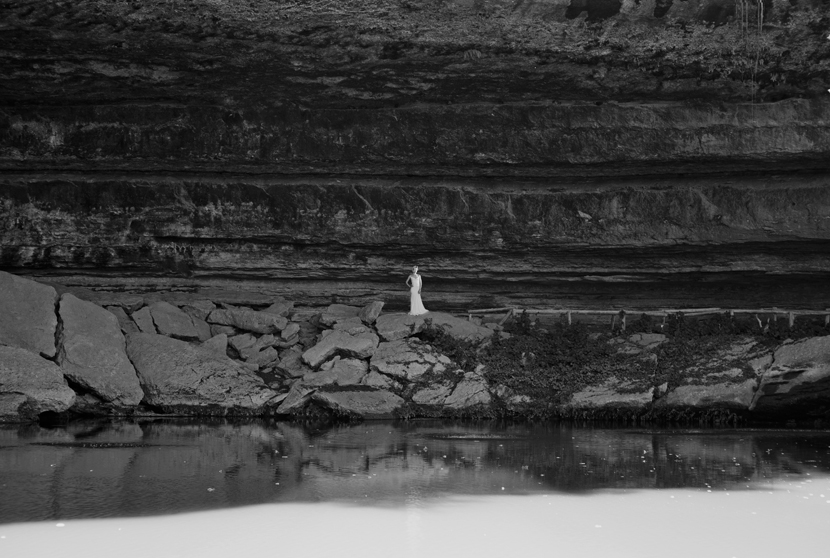 A while back, I went to Ryan Brenizer’s workshop. He’s pretty well-known for his “Method” (which I inevitably use at least once during a wedding or session — practice makes perfect, after all) but he has a lighting method, lightly named “compositing,” in which he shoots many frames of the same moment while lighting different subjects, then slices them all together in post-processing.

I admit I’ve tried this only a few times during weddings, and have failed more often than I’ve succeeded. The last time it was actually successfully done was last April during Steven and Liz‘s post-wedding session down on SoCo. 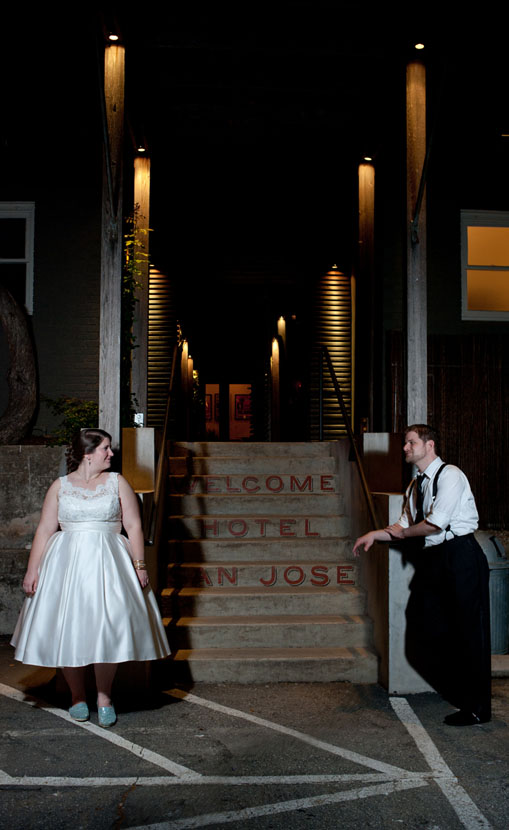 This was shot at night, with my assistant Chris holding one light above Liz, moving, holding the light above Steven, and then me slicing the two shots together in Photoshop.

I rarely do this because it takes 2 people, and I like to work alone with my couples when it comes to their portrait session. It’s just me and them and they’re not distracted by anyone else. However, it is super helpful to have extra hands around during a bridal session. Brynn brought along her sister and a bridesmaid, and I recruited one to hold my LumiQuest Softbox LTP for me.

I pre-visualized this image of Brynn in this giant limestone backdrop, a beautiful ephemeral dot of white in a textured world, and asked if she would stand on a rock for me. So she climbed up (carefully putting down a white sheet which was then bunched around her ankles, under her dress, so that the hem would stay clean) and gave me an awesome pose.

We’d been shooting for a while now, and it was obvious that the light in that particular spot would be a little bit flat. Brynn would not stand out in a photo without a little help.

For example, here is the first shot for the composite. Her head gets a little lost in the limestone. It’s a pretty image but could be better: 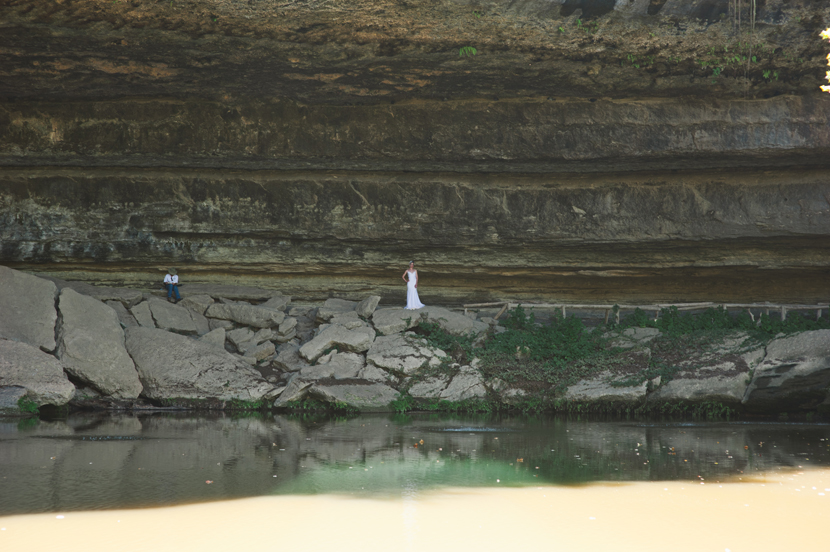 Here is the second. I had to flap my arms to gesture to Allie when I wanted her to hold the light above Brynn, and when to scurry off. We were verrrry far apart and sound didn’t travel very well (this was taken with an 85mm lens). 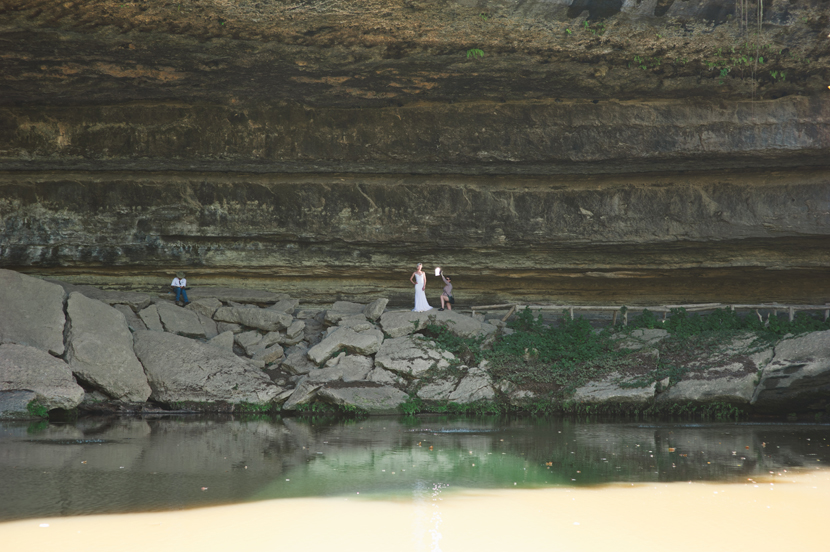 I layered the two images in Photoshop and removed Allie and the park ranger. (Allie was removed by just using information from the first photo where she wasn’t present; the park ranger was taken out with content-aware fill). 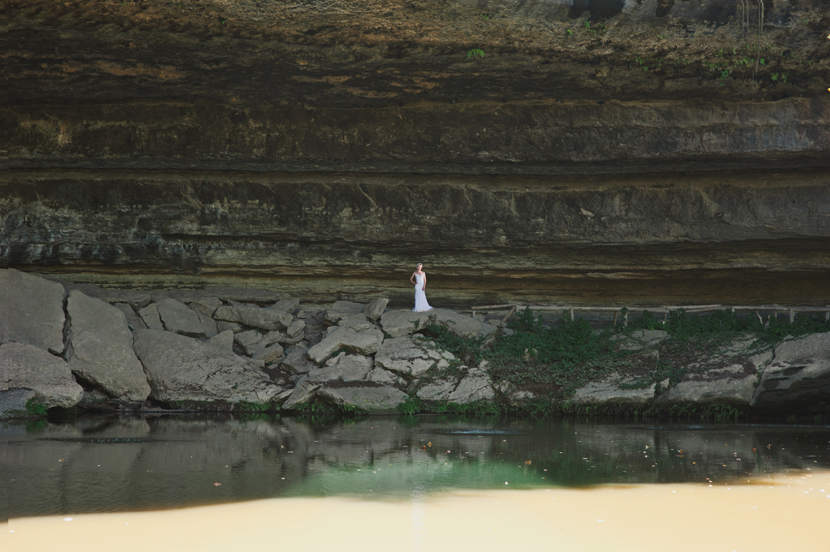 Ahh! Look at Brynn. Her swan neck, her veil catching light. Yes! Now a few touches — chop off the weird left edge where the images don’t line up, and change to B&W…

Beautimous! Here is another one. With Allie: 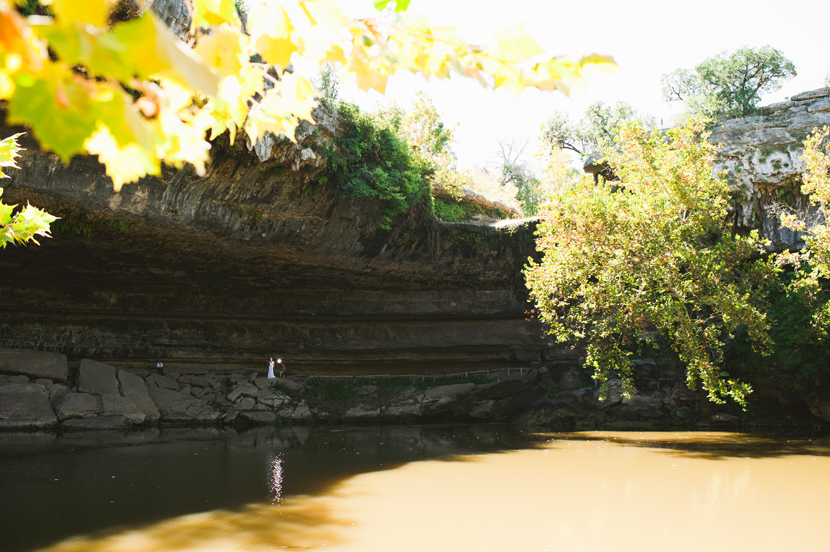 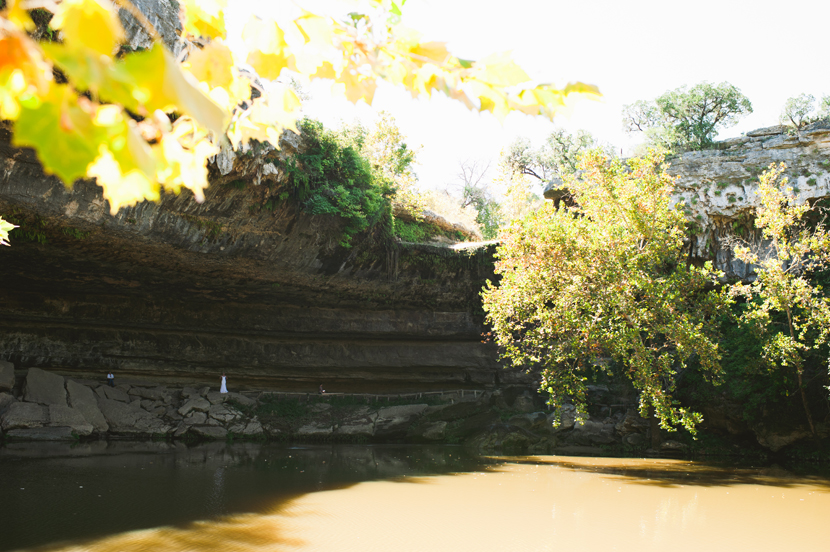 Together, with Allie and park ranger removed… (I decided to keep the light reflection in the water for no particular reason; I just really liked it): 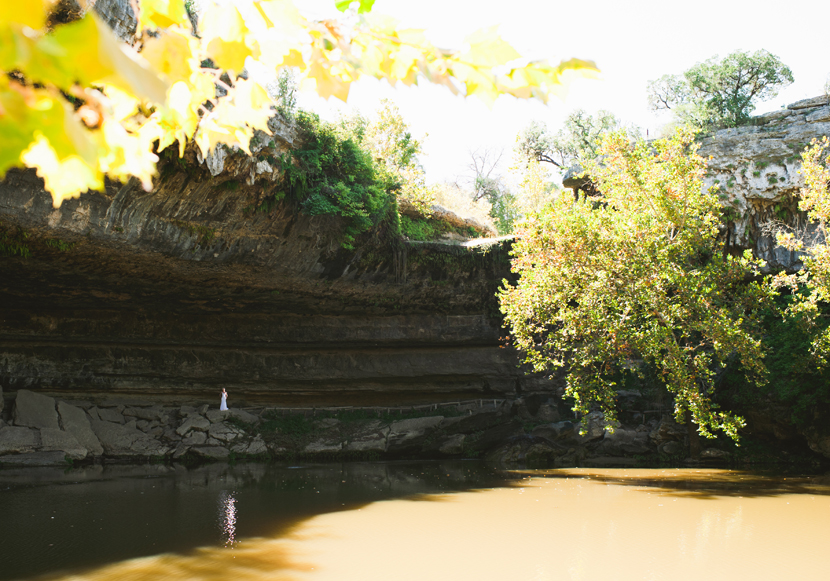 I hope this was interesting! You can purchase your own LumiQuest mini Softbox on Amazon using this link. It’s an affiliate link so I’ll get a few nickels back if you use it. Thanks :)