It’s still so hot outside, but with recent rains and mild mornings, I can feel fall coming. Fall! Fall means hot tea and wearing jeans without sweating and best of all it means that my lovely husband and I are about to celebrate another anniversary! This October we’ll be hitting anniversary #3 and, per usual, we’ll have a photo session!

I know that Walt doesn’t really like doing photo sessions — he goes along with it because it’s the only gift that I ask for, and it’s an easy enough gift for him to take directions from another photographer for a few hours out of one day of the year. I appreciate that he shows up and participates, though sometimes I grumble that I wish he’d show a little more interest :)

Being in the photo industry, and taking photos of many important occasions in a person’s life, I really love the idea of a yearly session. Truthfully, I rarely take everyday photos of Walt and me. I’ve tried with my iPhone and the shots always end up looking silly and unflattering; I’ve tried with my big rig and we don’t look much better. We recently went on a date night to see The Dark Knight Rises (finally! weeks after everyone else had seen it!) and this is the best photo I got of the two of us (just so you don’t think I shot this while the movie was playing, it was during the ads before the previews!): 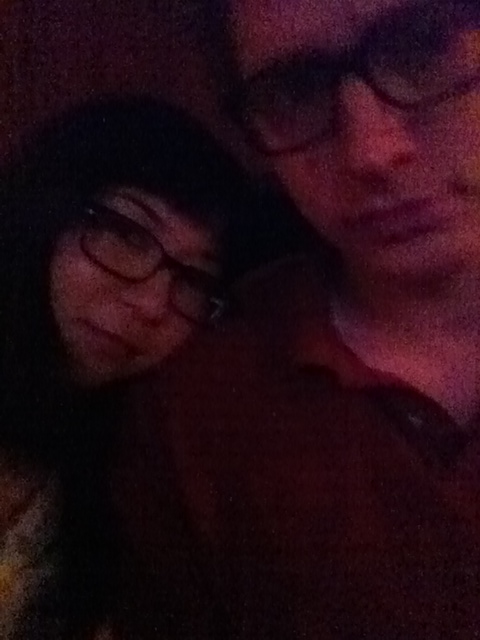 This year we’ve hired an amazing photographer to shoot our 3-year anniversary session for us. I inquired with her back in April for our session in October, and even though it’s still two months away I’m just so excited!

I’ve already started thinking of outfits to wear, and recently ordered a few new pieces after getting some fashion advice from some more stylish friends of mine. Last year I went the delicate-pretty-dress route, so my fashion-conscious friends convinced me to do something a little more va-va-voom. Since I actually think my legs — which once used to be ridiculed as “skinny little chicken legs” — are one of my better assets, I’m going to flaunt them with some short-shorts, tights with knee-high socks, and a pair of cute booties. Get ready, world! 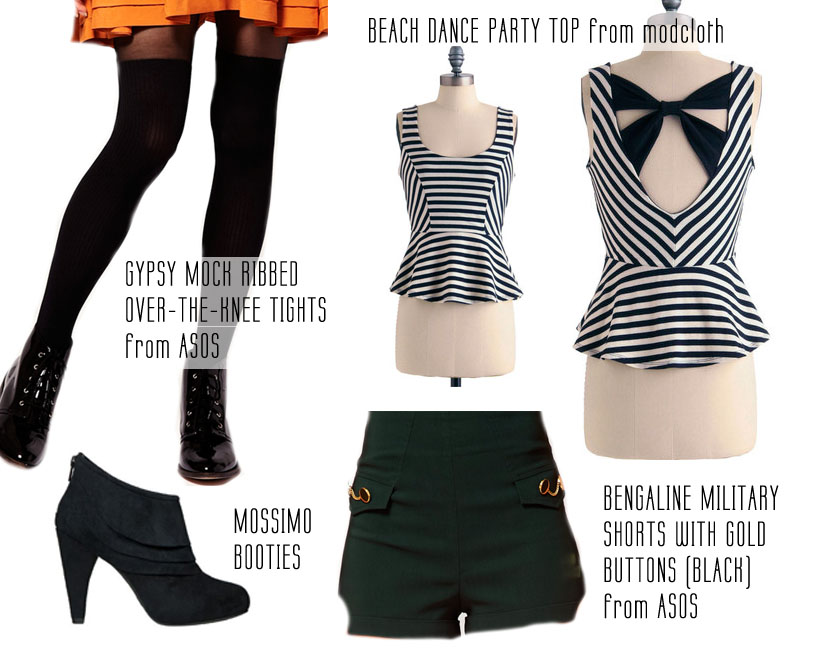 While I know our anniversary photographer would be able to get amazing shots of us no matter what, I wanted to play to her strengths so that we’d look extra awesome. She delivers a lot of really gorgeous black-and-white images, so I decided it would be better to pick clothes with a nice texture or pattern, rather than something with a pleasing color. I was waffling between stripes or something intricately knitted (for that crochet-type texture), and in the end, stripes (and mini-shorts instead of a dress) won out. 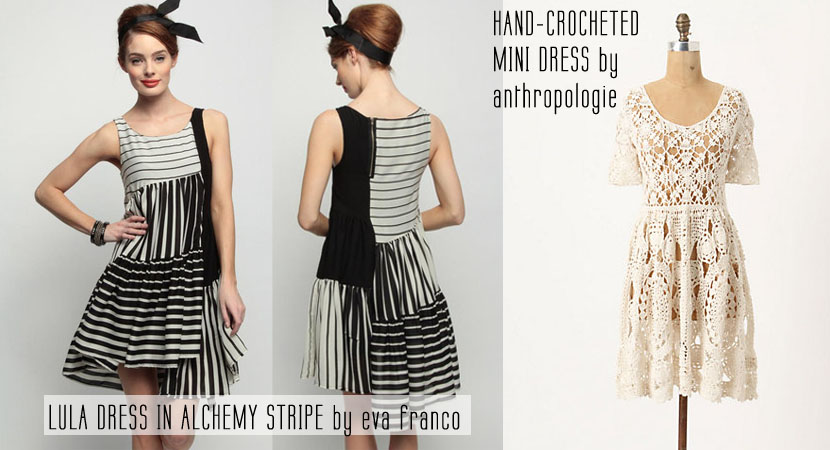 (I still want these items… but I’m going to have to hold off.)

Being a photographer and immersing myself more into the “whys” of photography, as time goes on, reminds me of how important photos are… And I, for one, am happy to have a tradition that will document our marriage year by year, by a group of talented people…

There is a big chunk of wall near the kitchen that is just begging for a canvas from this year’s session :)

I love that you two do this!! I can’t wait to see the pictures :-D

Obviously I love the idea of an anniversary shoot since we just did one! I also love the outfit you decided on. I’m excited to see the va va voom Elissa :)