Tuesday night, author Meg Keene from A Practical Wedding came into Austin on her book tour and talked at BookWoman. I was so excited that as I was driving to the bookstore I was chattering away to myself in the car, and realized I was babbling. “It’s like I’m meeting Justin Timberlake or something,” I chastised myself out loud. I was so amped up and nervous about meeting this woman I’d been reading for over two years, whose blog is one of the first I pull up in the morning to read, and whose voice I’d heard only once on the radio just this past month (she was on NPR talking about her book, of course), that I missed the turn to BookWoman twice and had to circle around a few times.

The talk, about feminism and weddings, was amazing (as expected). The turnout was perfect for the size of the BookWoman location, and everybody was so friendly and talkative. Meg and the group touched on:

And although Meg closed her talk with the admission that she had done four interviews that day and was planning on skipping tacos and going to bed early, the book signings ended at 8:30 so we convinced her to eat one taco, come on, pretty please, please, please? So we went to Torchy’s, where half the group got the Fried Avocado, myself included. 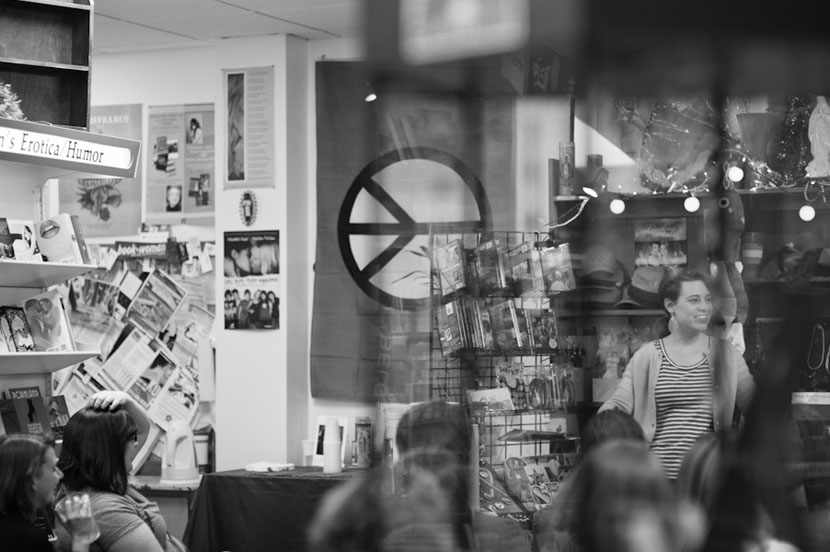 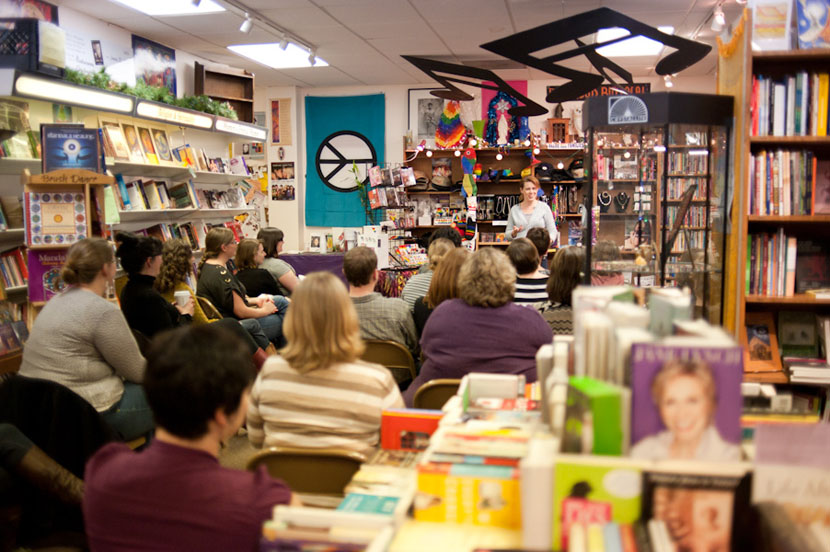 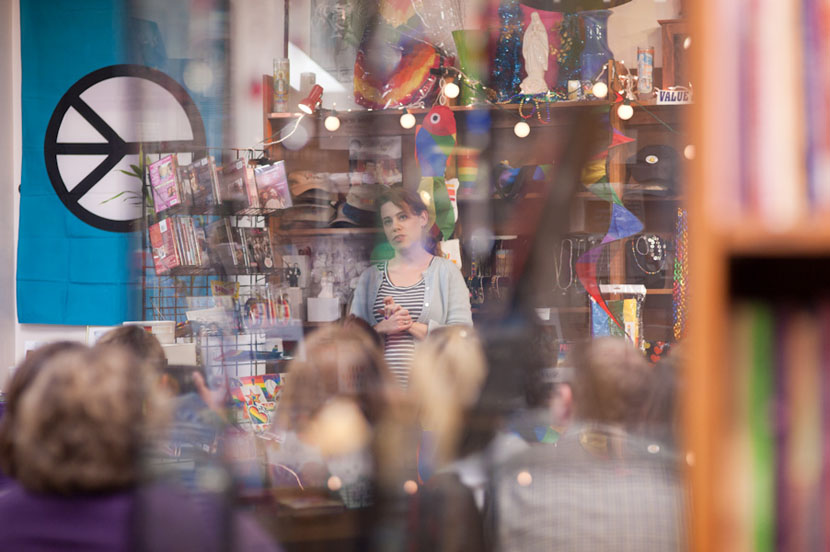 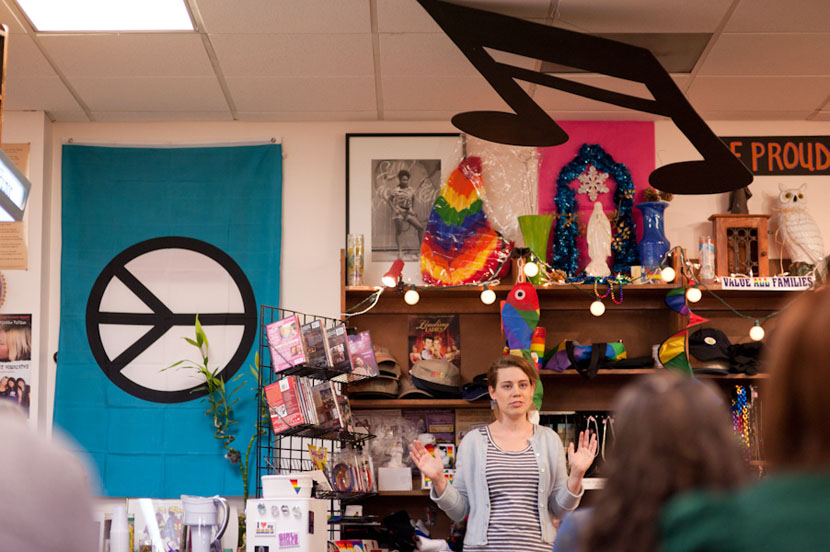 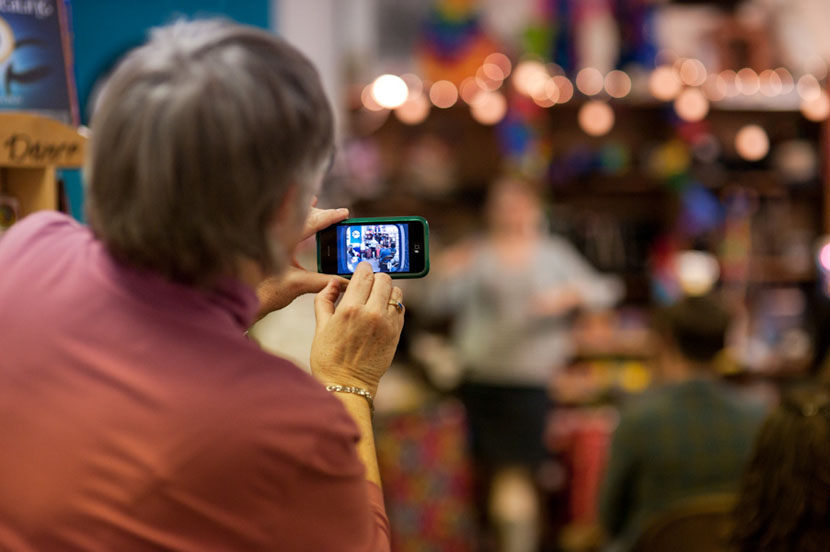 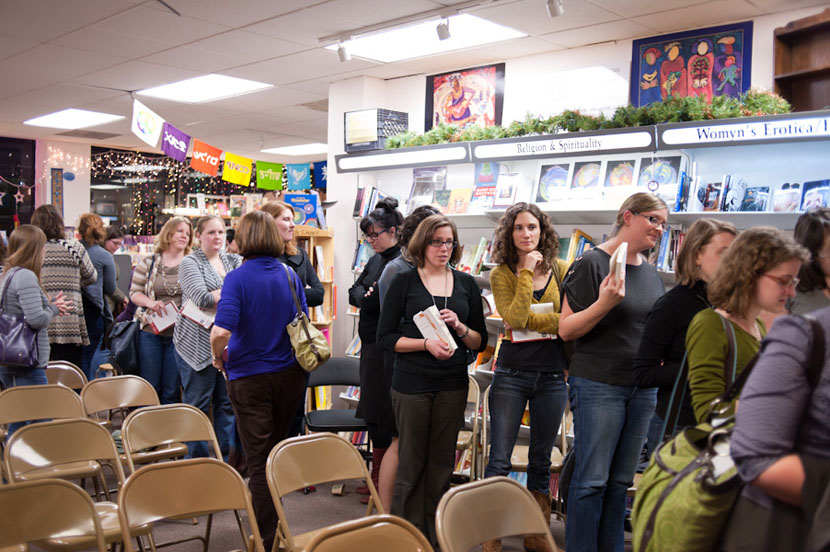 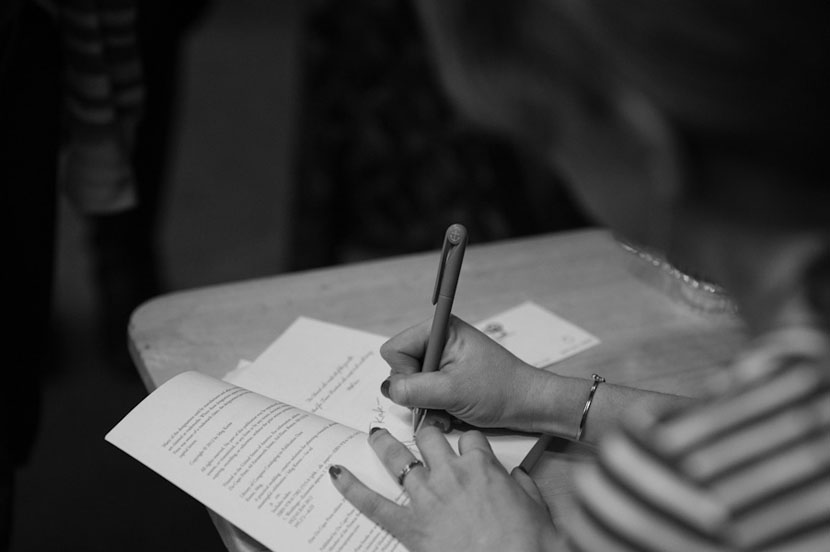 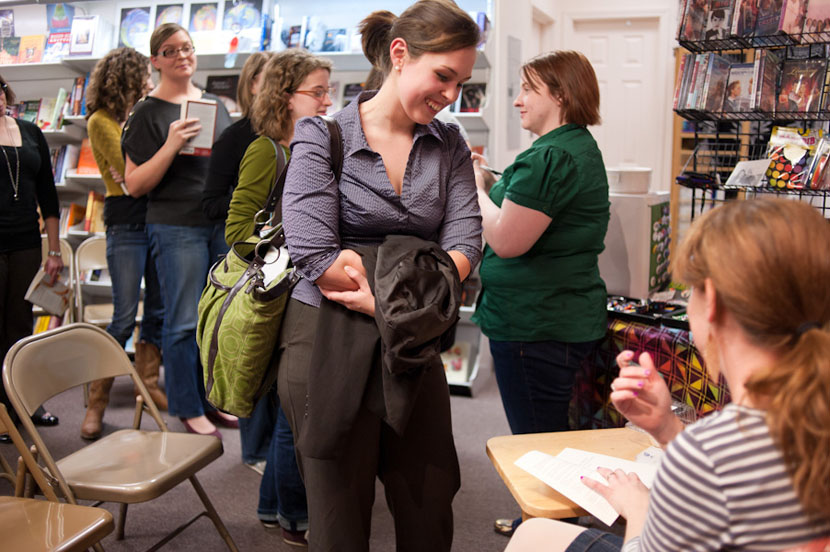 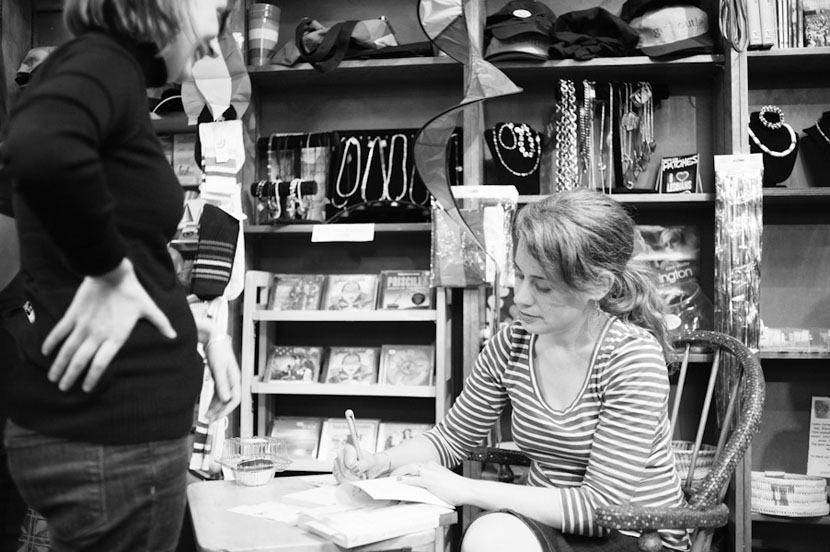 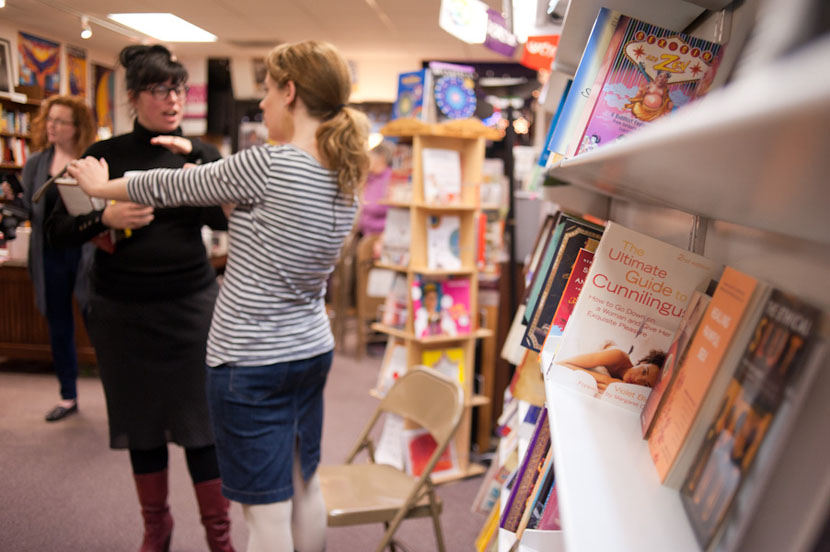 Not gonna lie, I laughed when I took this one. And then later Meg posed in front of this special section, so I think it’s okay to post this ^

And aren’t my hand-drawn maps to Torchy’s just beautiful? Yes, I thought so too. 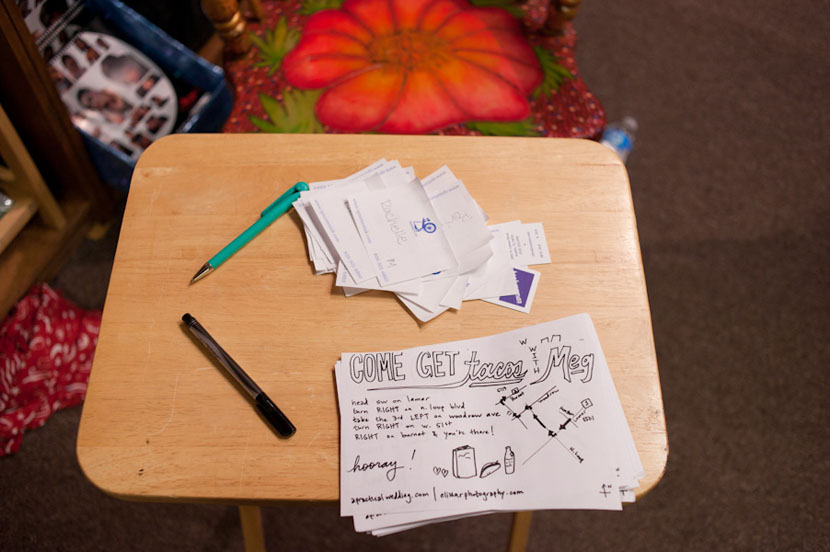 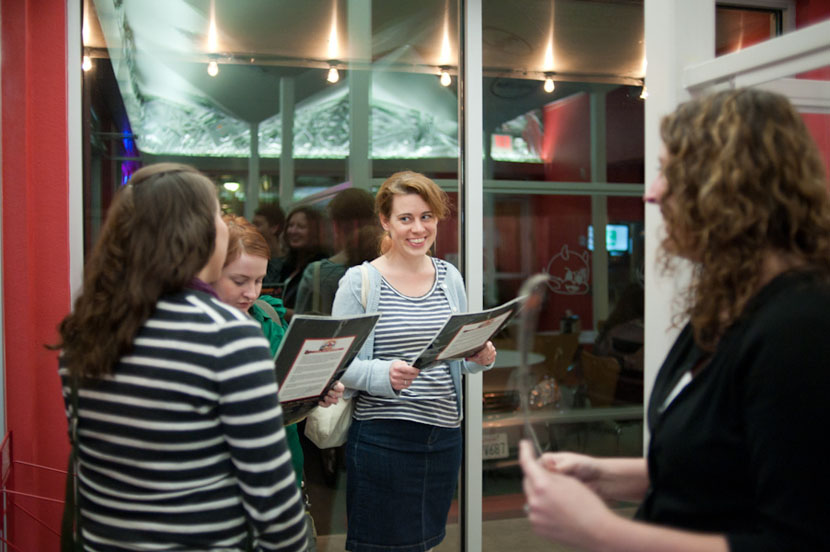 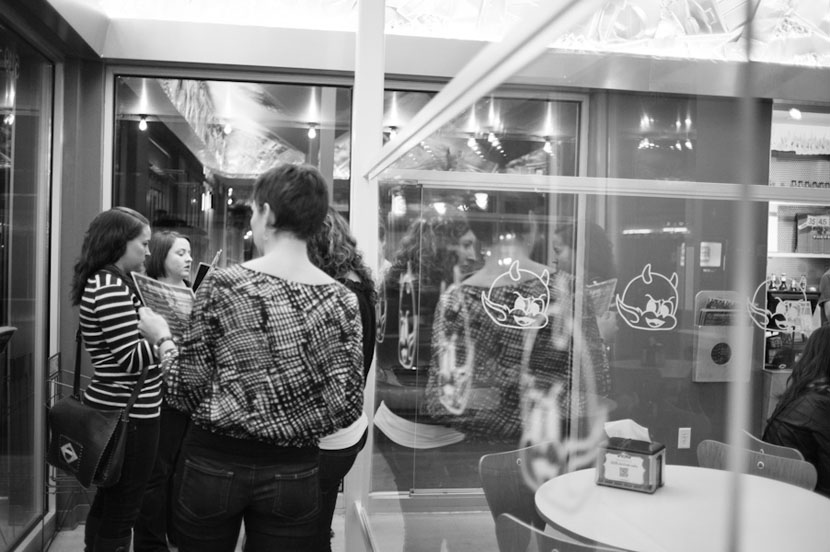 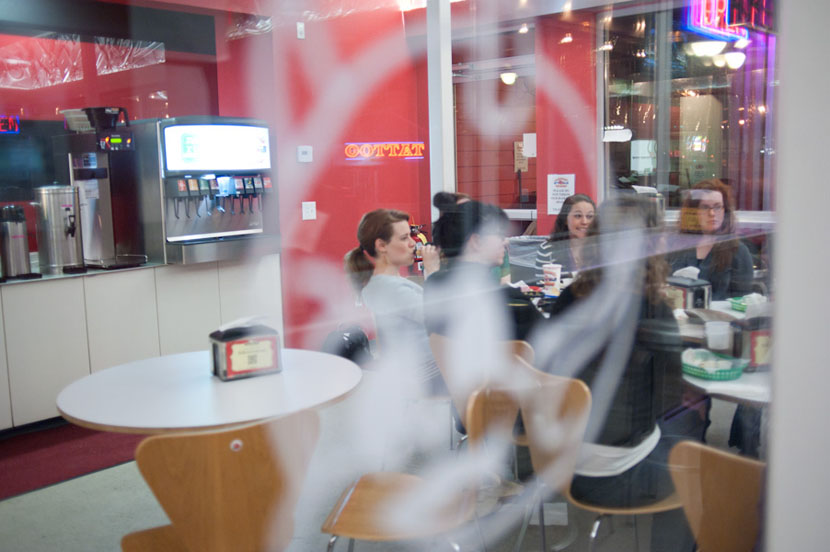 It was so, so awesome meeting so many wonderful people, seeing a few I’d met before, and, you know, eating a taco with Meg and about 8 other people. (I also had a brownie, which might have elevated my mood quite a bit.) I went home quite content!

haha – I love that you missed the turn twice. You’re adorable. I love the point of view of these pics!

Aw yay! This looks and sounds so fun :-)