As Les and I waited for his bride to arrive at the State Capitol Building, he described how he knew she was the one: “We’d been dating a while when we got into a car accident. We weren’t hurt, thankfully, but the car was pretty messed up. I was trying to get her out of her seatbelt and realized she was doing the same for me. That’s when I was like, wow, we love each other so much. I need to be with her forever.”

It was a frigid day in Austin, but that didn’t stop Ayrinn from slipping off her fuzzy sweater to get married in a strappy sequined white dress. The two took frequent breaks to wipe tears and hug each other during their vows. It’s hard to feel the cold when you see such heartwarming love in front of you.

Ayrinn and Les were the first of my couples who opted to move up their wedding and donate to a good cause. The couple donated to the ACLU. 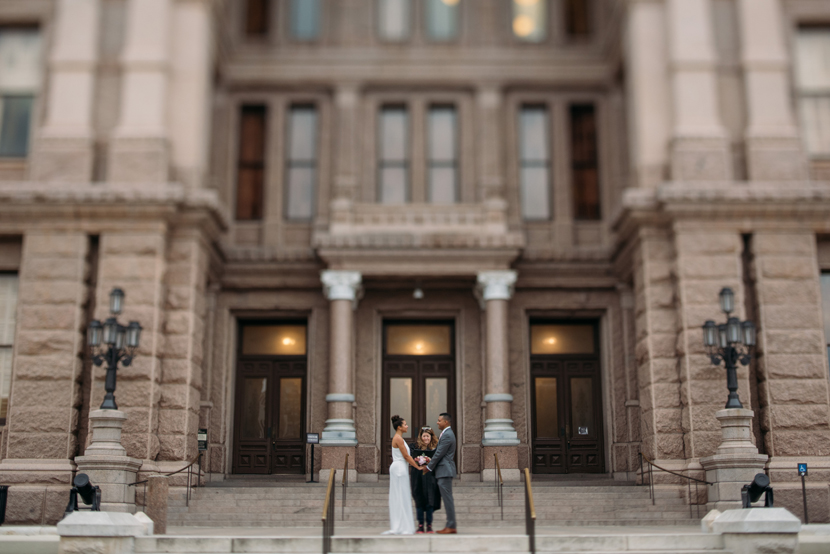 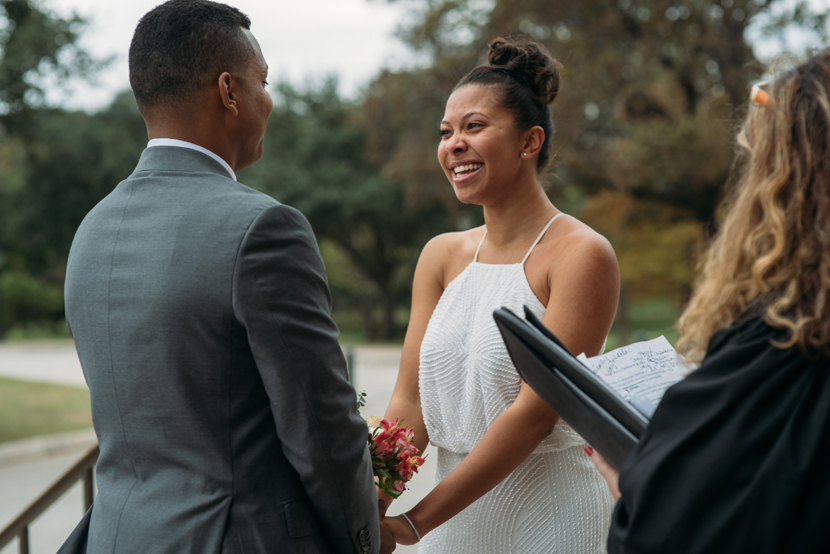 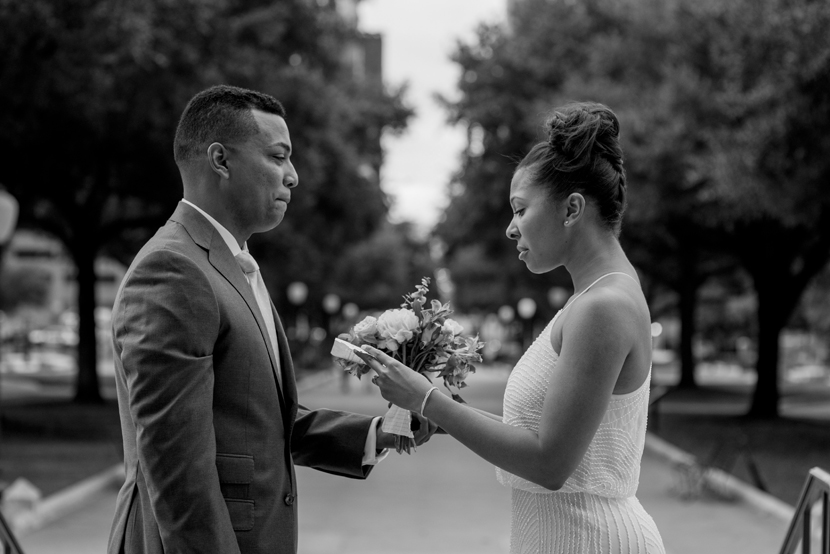 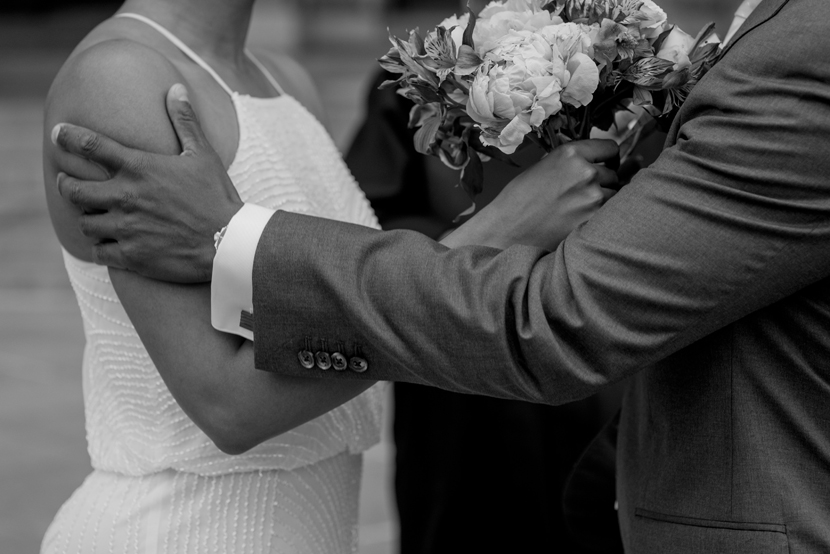 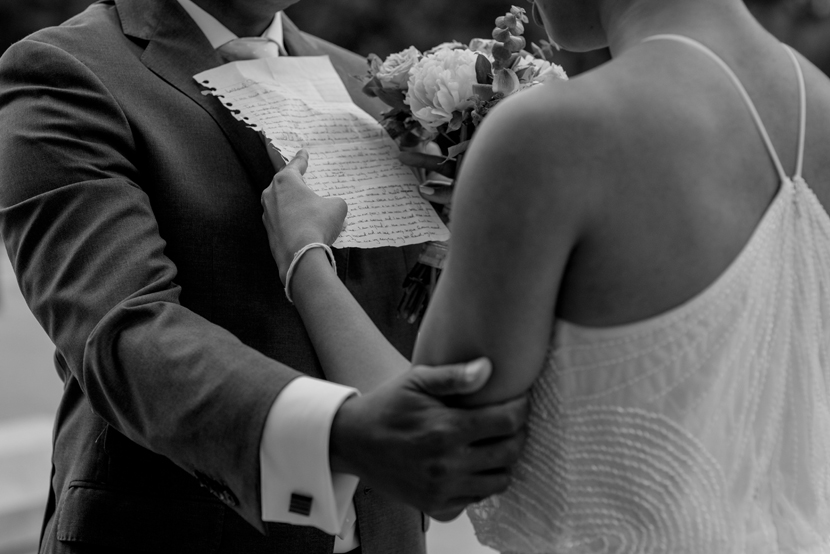 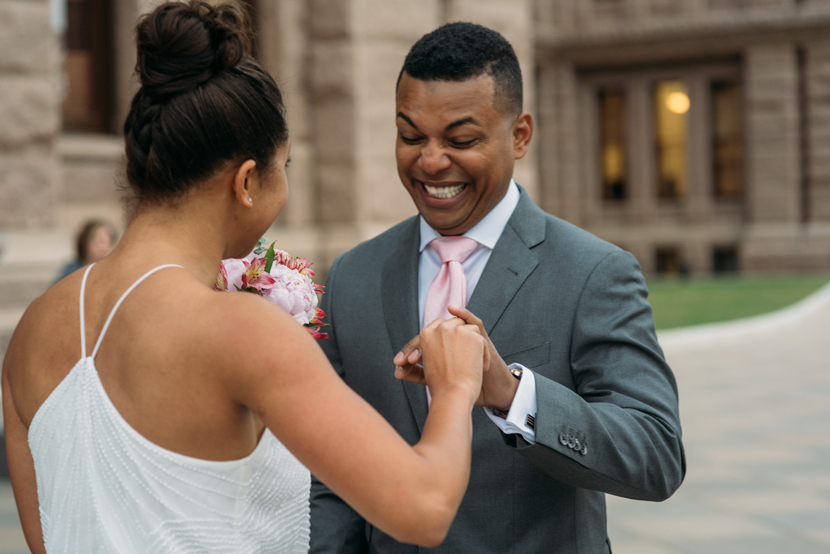 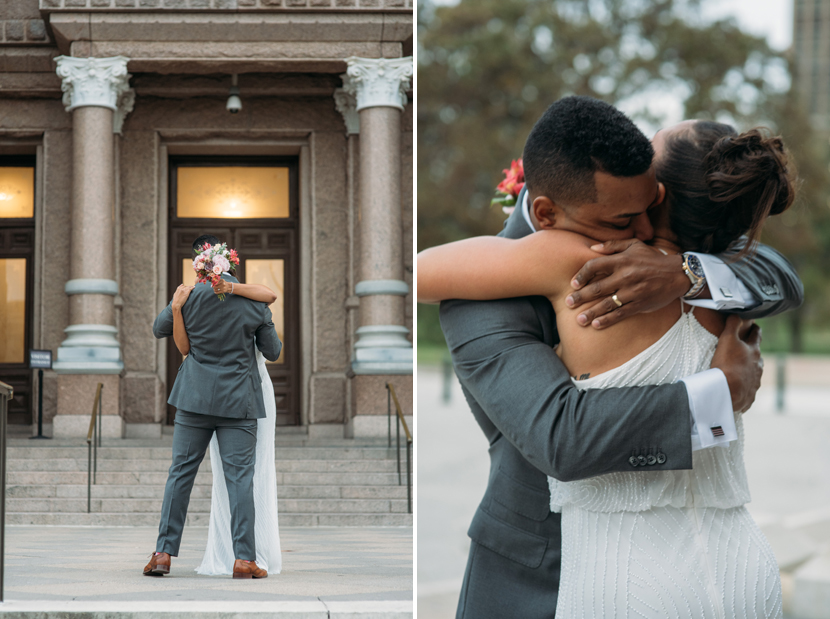 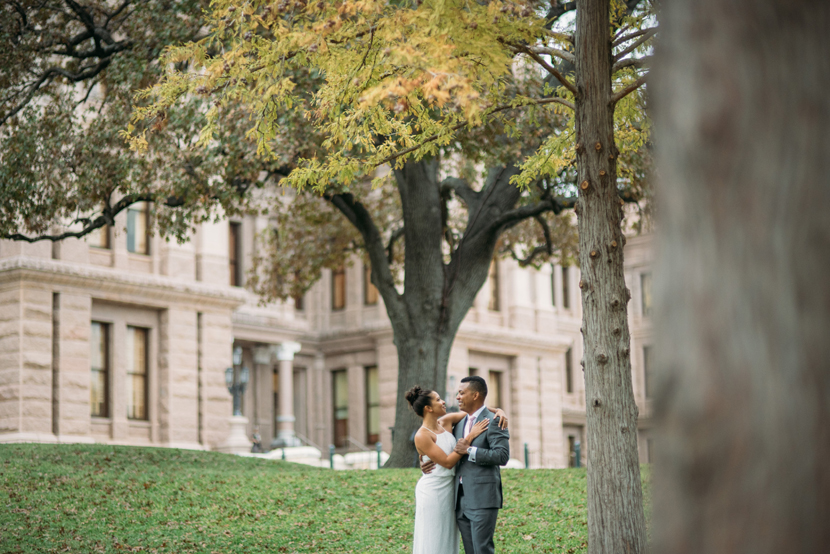 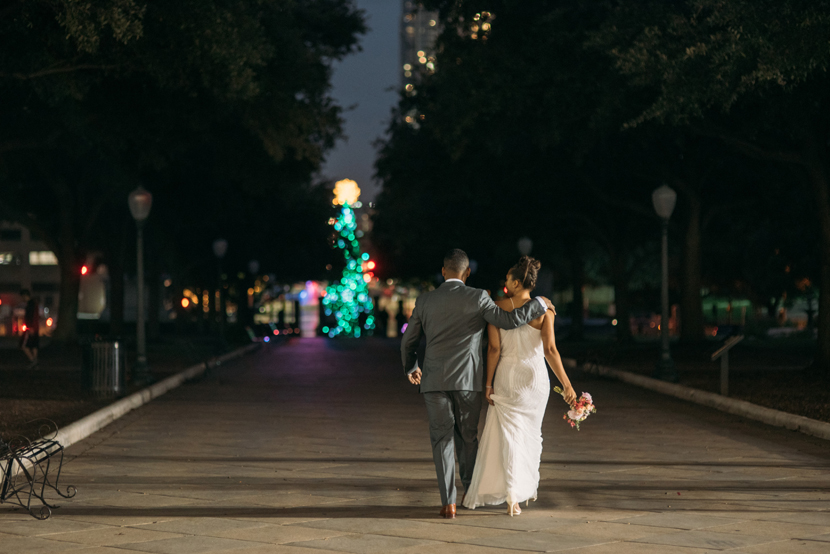