It's Not About the Gear

So, I was waffling over whether I wanted to post this or not, since I was worried it would sound pedantic, but after a few photographer friends urged me to do it, I thought I would… in the least patronizing way possible :)

A common grumble among photographers is that they spend ages learning their craft and how to get better, only to be told, “Wow, you have a nice camera.” Sure, good gear is a worthy investment, and a reason why pros sink so much money into their gear is because they need it to be reliable in all circumstances… but if a photographer can’t visualize the shots that s/he wants to make, or know the gear well enough to make the most of it, the shots turn out… pretty mediocre.

A few weeks ago I decided to test this theory by inviting over two of my friends, Eran and Lori. Neither are photographers. Eran agreed to hold the camera; Lori, to be the model. I handed Eran my D700 with a 50mm f/1.8 lens on it (keeping it nice and simple) and told him to take photos of Lori in an adjacent lawn. The camera was set to Auto. “Use the environment,” I suggested, and sat down to look at the grass while waiting about 8 minutes. 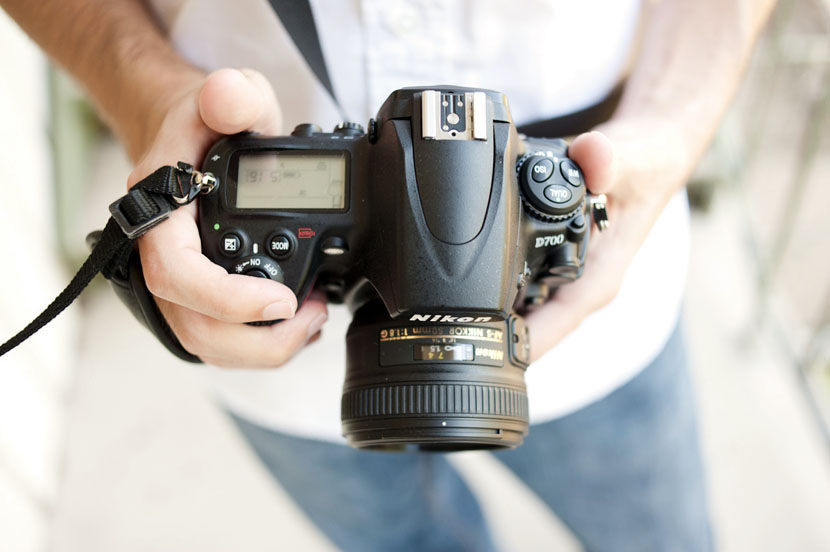 The results were predictable. Eran, who admitted to me that he knew how to point and shoot (or — tongue in cheek, photographer’s joke — spray and pray), snapped typical shots. It was about 5pm and the light was just beginning to shift, so our model was too dark in the shadows (as the automatic light meter in the camera saw the sunlight in other areas and adjusted to be straight down the middle); and although I wasn’t really watching them when they were shooting, I could hear Lori’s constant question: “What should I do?” 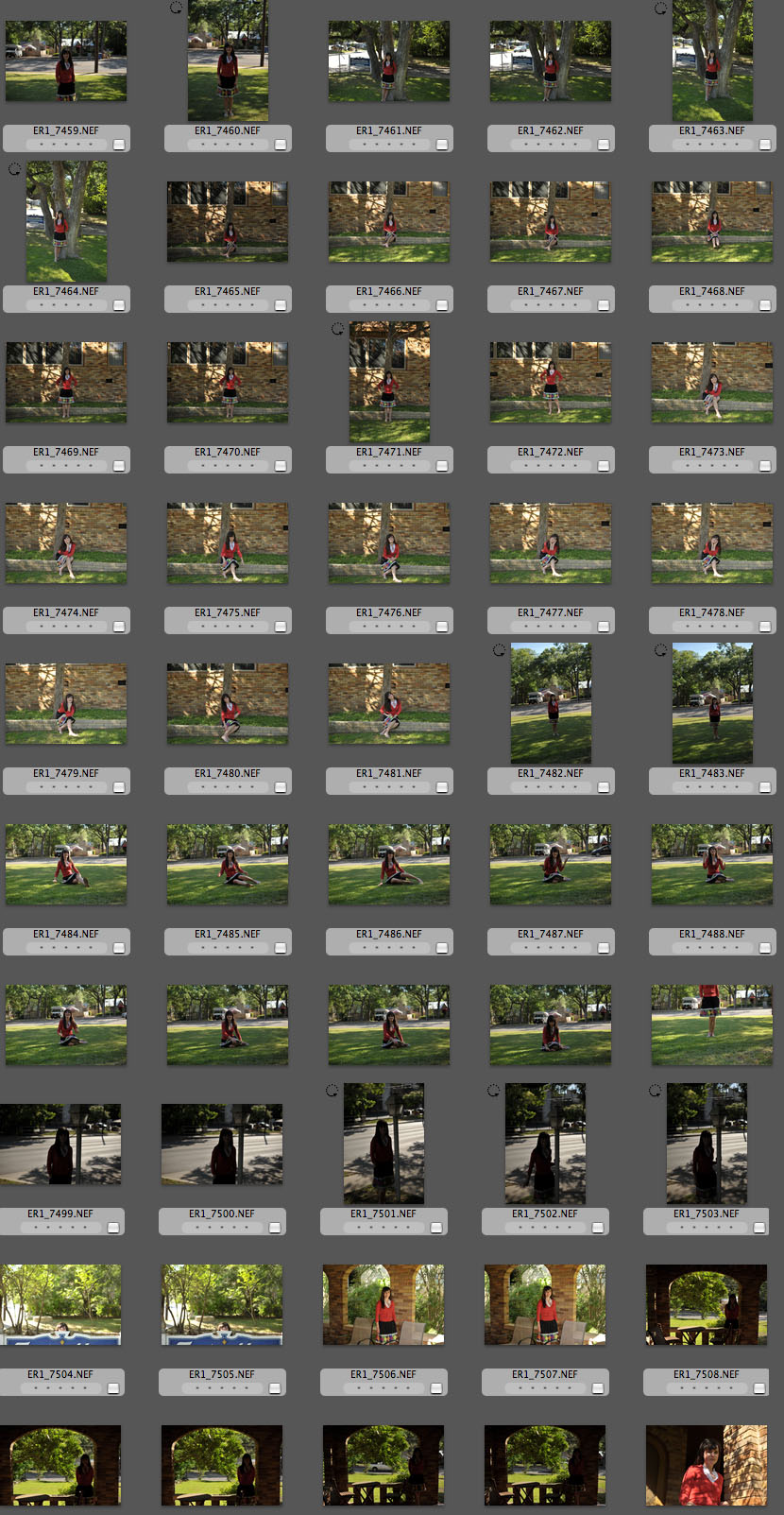 I had my 8 minutes after that. I’m not saying I’m the best photographer in the universe, or that I don’t need to double-check my exposures sometimes, or that editing isn’t important to image production process (because… let’s be real), but I would hope that the difference is discernible —

My contact sheet (all shots, no editing, just RAW files): 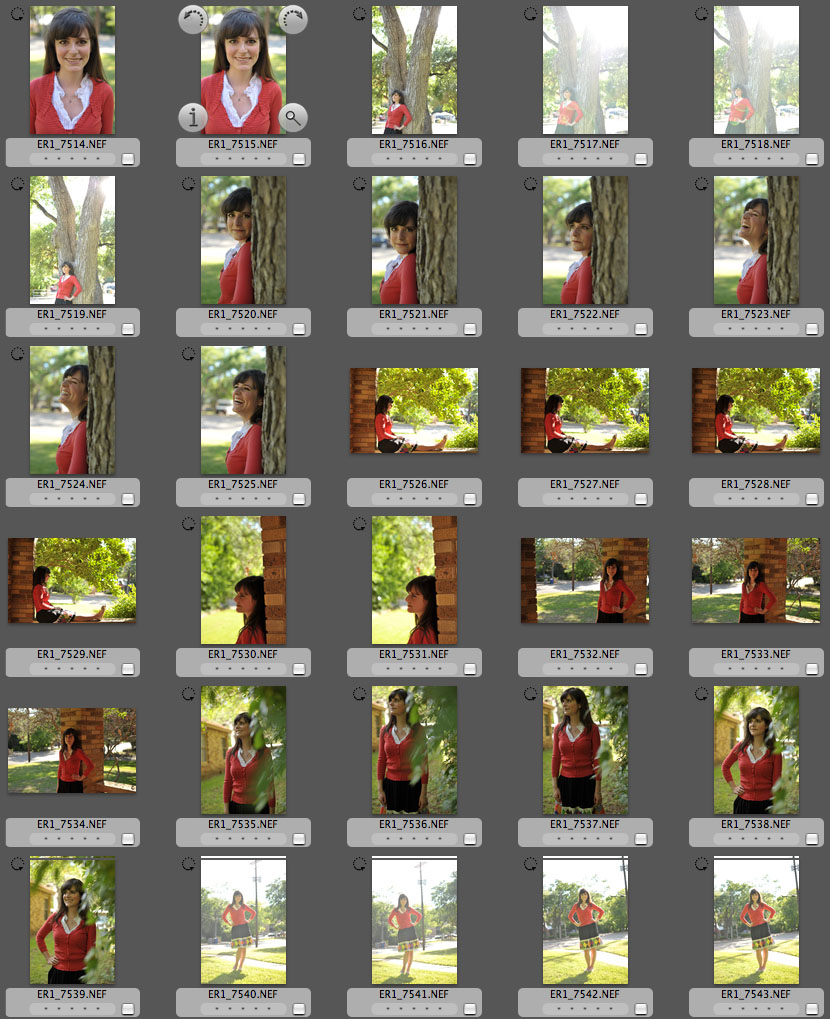 And a few quick edits: 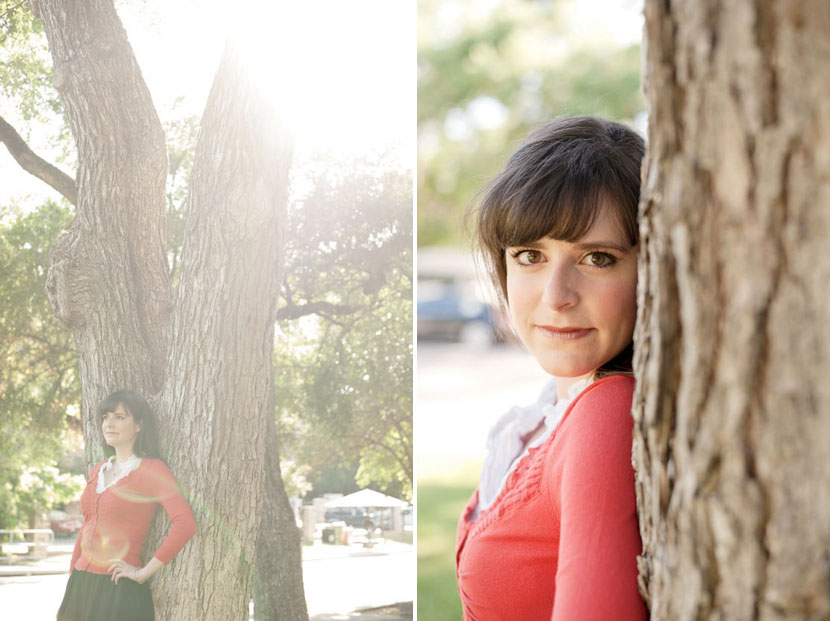 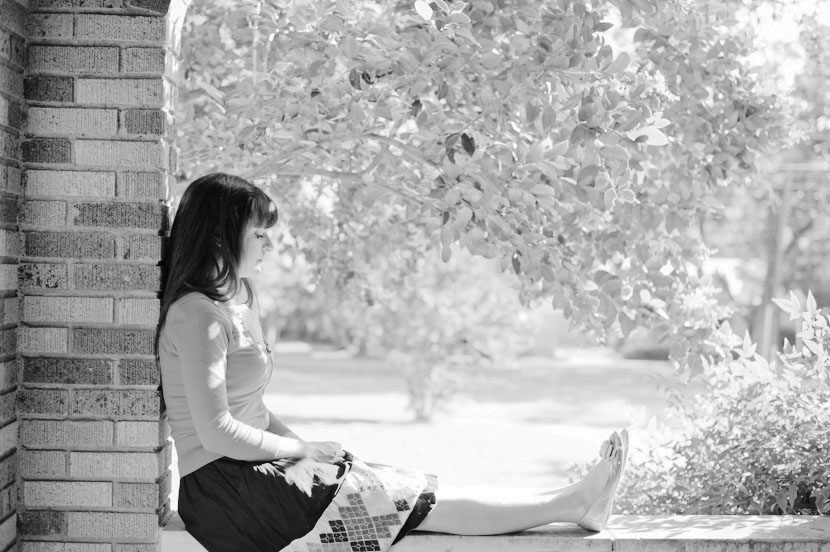 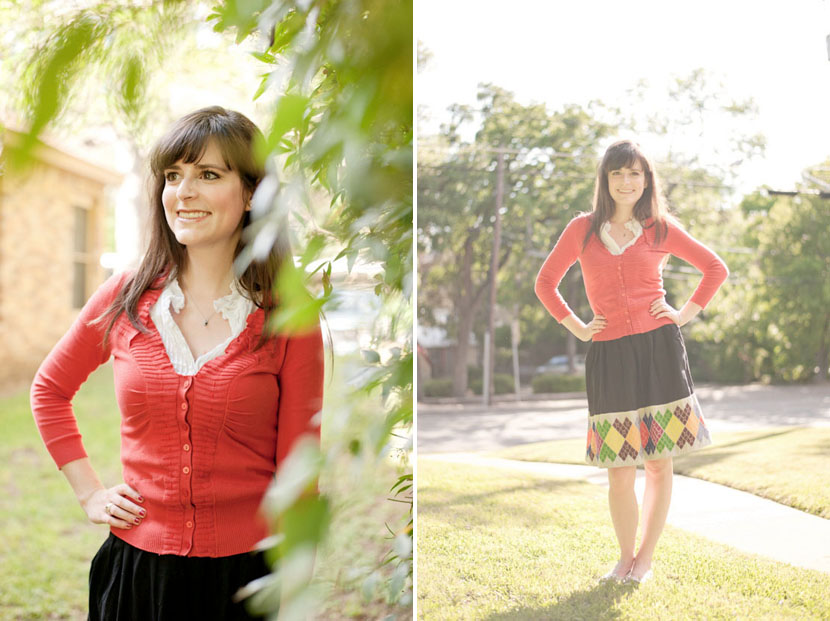 When someone says, “I have a good camera so the picture will turn out” (in not so many words), it kills a photographer on the inside… we’re like Tinkerbell that way. If you don’t believe in the talent/vision/education/experience/artistry of a photographer, we wither a little bit. The camera doesn’t do all the work. The camera is a tool.

Big thanks to Eran and Lori for helping me with this project :)

YES to this! Great demonstration Elissa!

Good example there of the difference the photographer makes Elissa. And we’re camera and lens twins! Well, technically, Brenda uses the 1.8G on her D700 and I use the 1.8D on mine, but you get the idea.

Leave a Reply to Kandise