On Monday, I turned 27. It was a really low-key birthday, just the way I like it. Walt had been teasing me for months about my birthday present, so much that I begged him not to get me a gift. I dislike surprises, so when he told me back in August that my present was going to be “five by five by five feet” and “I’ll give you a hint: it’s not brown” and “it’s made of stone, but it’s furry,” I threw my figurative hands up in the air and decided not to try to decode it. Walt’s favorite pastime is teasing me about gifts and, of course, after he gave me my present he said, “This isn’t what I was planning on getting you, but I’m saving that for Christmas.” Someone save me.

However, Walt was an absolute sweetheart this weekend and actually got me something I hugged to my chest when he put the box in front of me: Band of Brothers and The Pacific on Blu-ray. I’m a huge WWII nerd and had been receiving episodes disc by disc from Netflix, but we canceled our disc service a while back so I hadn’t finished all of my mini-series! Now I have them in one big beautiful box to watch any time I want.

Band of Brothers & The Pacific on Amazon*

He’d also agreed to do a session with me for our anniversary. Walt hates having his photo taken but he knows how much I want to chronicle each of our anniversaries, so he bit the bullet and did the session without complaint. Hooray, Walt!

We had our two-year anniversary session with Nessa K. She shot our wedding for us in 2009 and is moving to DC in a few short months, so I knew that we had to hire her for our session now. We loved her then and we love her still. As nervous as I was about being on the other side of the lens, Nessa was so friendly and sweet that my anxiety melted away as soon as we started shooting.

Being photographed was very interesting. It had been a while — well, two years, in fact! — since Walt and I were directed to pose together. It gave me more insight about what it’s like to be the subject of a photo, and reminded me how important these sessions are to my couples. Because this wasn’t just us making time in our schedule to have our photos taken — it was an event. I bought a new birthday dress. I went through my closet and found that the last time I wore heels, chunky was cool, so I found new shoes. I know how to do my everyday makeup, but this was a special occasion — I hired a makeup artist. And you know what? I felt confident and pretty. I have problem skin but that was professionally fixed. I have hang-ups about my own body but the dress made me feel sassy and romantic. I think that making yourself feel special is a great way to start off a session. After that, all you need is a talented photographer to make you look fantastic.

Here are a few of our photos. I am over the moon about how wonderful they are!

Please note that all of these photos of us were taken by Nessa K and were used with permission. I didn’t take these! 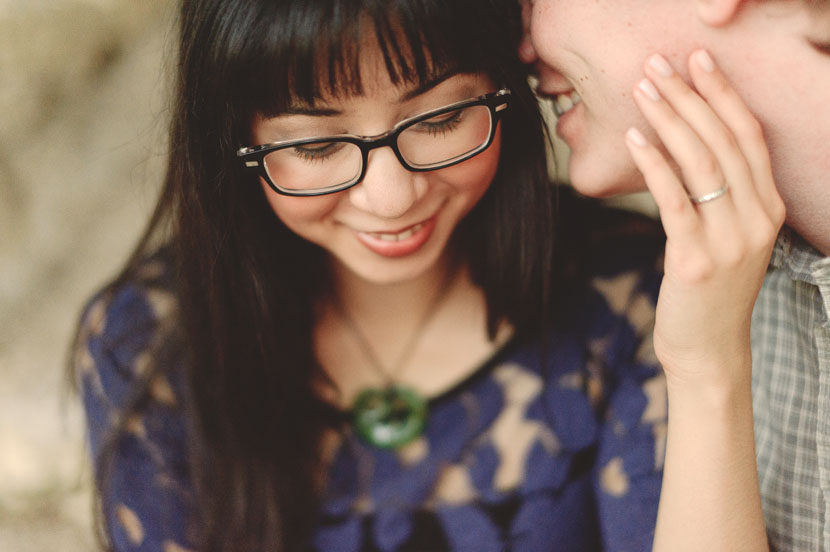 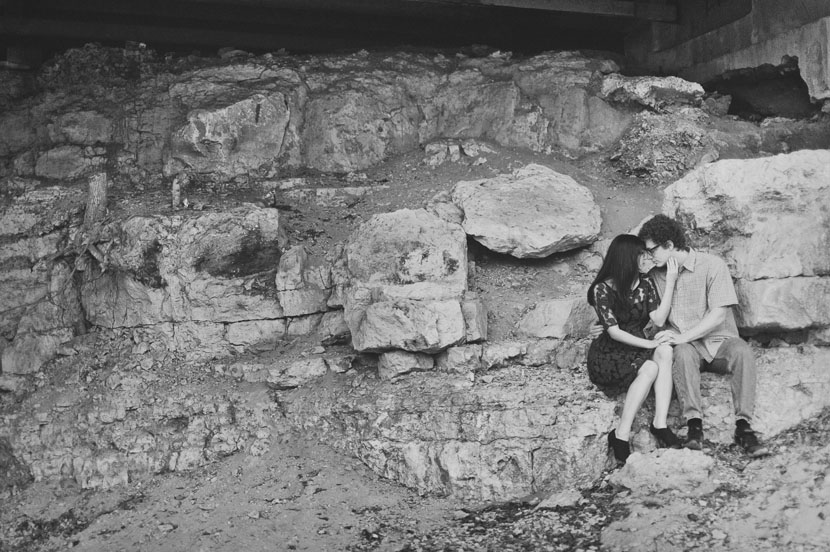 * that’s an affiliate link, so if you buy that I get a small commission! just so you know :)

I love each and every one of these! ESPECIALLY the fourth one. (And as an aside: CUTE DRESS, GIRL.)

Beautiful pictures!
Love the dress and the shoes too!

What gorgeous photos! You both look amazing – especially you Elissa! ;) Love the dress.

These are very cute. And those are some sassy heels you got yourself missy!

Leave a Reply to Elizabeth